Summer is really starting to sizzle this week -- as three of Hollywood's hottest women hit the beach to show off their enviable bodies!

Kim Kardashian, Miranda Kerr and Heidi Klum all stepped into some sexy swimsuits to flaunt their hot bods for the cameras, both iPhone and professional.

While it's no surprise that Kim tweeted the above photo of herself in a monokini (as she does so very often), we are kind of surprised that Klum did the same thing. 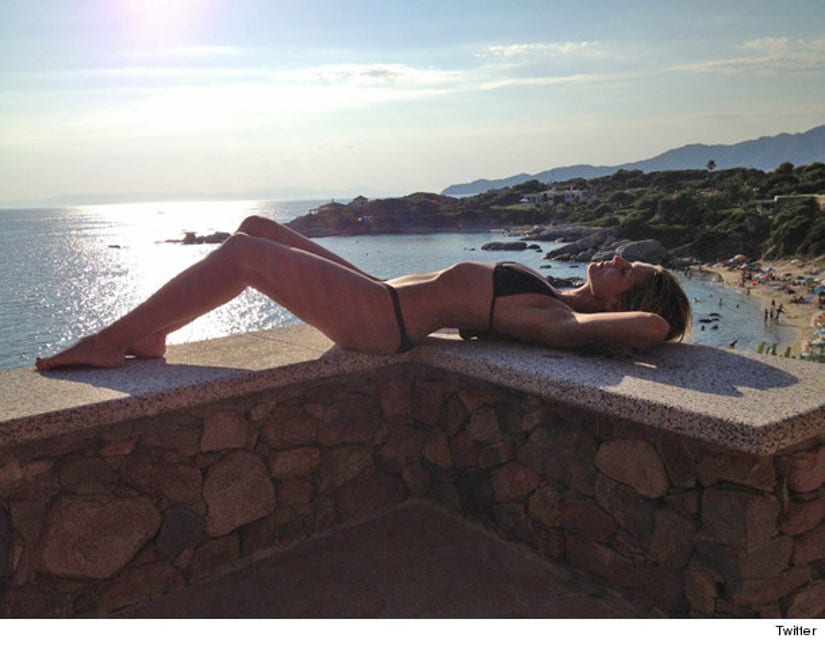 "Finally.......relaxation!!" the 39-year-old tweeted, along with the photo of her in a very teeny black bikini.

And while Heidi and Kim shared their pics themselves, fellow Victoria's Secret model Miranda Kerr was spotted in Australia in a more professional capacity.

The 29-year-old beauty was seen doing a photo shoot on the beach, looking amazing in a wild patterned two-piece.

But who has the best bod of them all? 31-year-old Kim, 29-year-old Miranda or 39-year-old Heidi? Vote below and see more summer beach bods in the gallery above!