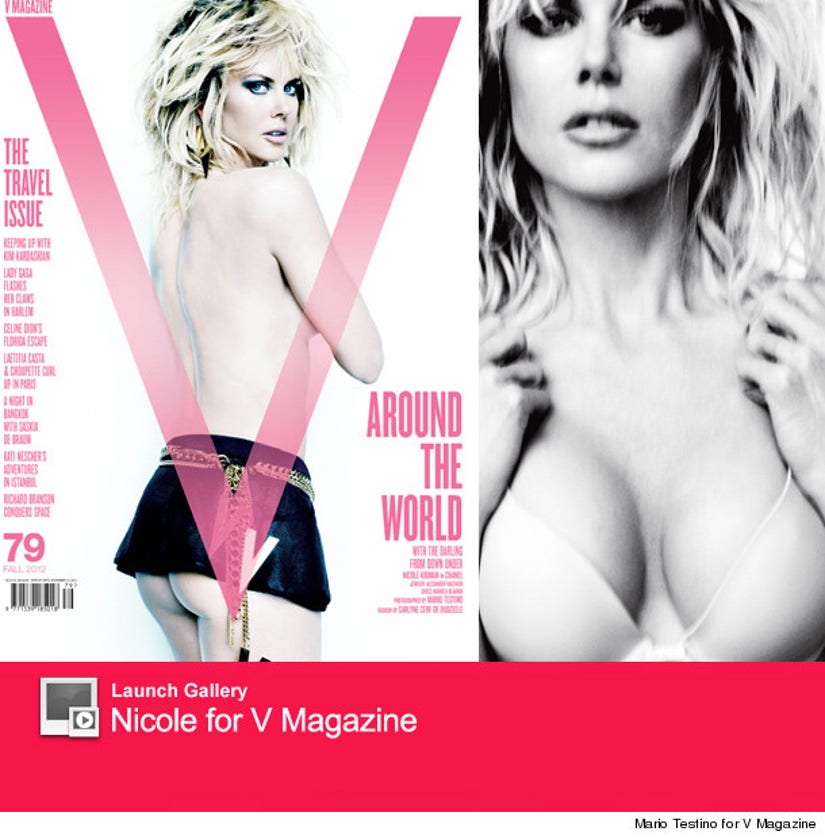 Nicole Kidman hasn't shown this much flesh since 1999's "Eyes Wide Shut" -- but the 45-year-old still looks better than ever!

The actress goes topless on the cover of V Magazine's Travel Issue, where she also shows off her perky rear-end while wearing what looks like a wig.

Stlyed by Carlyne Cerf De Duzeele and shot by photographer Mario Testino, the photo spread is definitely a racy one for Nicole ... who has two young daughters with husband Keith Urban.

In other shots, the star is seen posing in a see-thru lace bra or flaunting her killer legs.

"I would be more outlandish if I could," Kidman tells the reporter after the sexy shoot. "A lot of times you just don't get the chance."