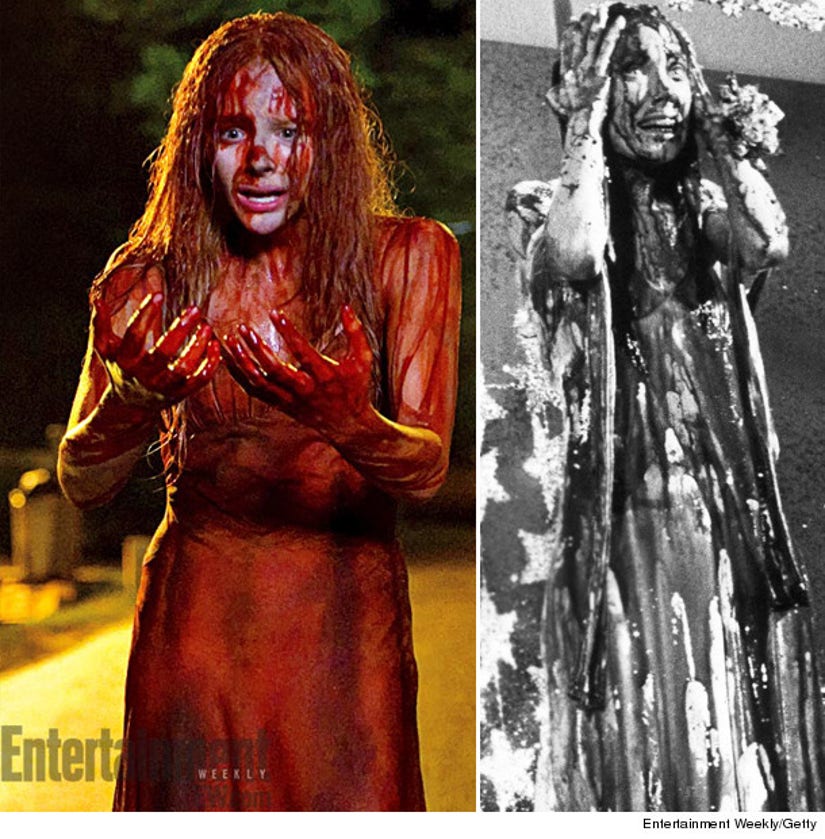 While we can expect a few changes in the upcoming "Carrie" remake, one visual will definitely stay intact: The blood spattered prom queen.

Entertainment Weekly got its hands on two new photos from the movie, showing Chloe Moretz as the telekinetic title character and Julianne Moore as her psychotic mom.

Both photos appear to be from the end of the movie. The first shows Chloe's Carrie covered head to toe in the red stuff, looking at her hands in horror.

As she's clearly outside, we're guessing this is after her character wreaks havoc on her entire school and right before she meets up with mama.

Speaking of mom, take a look at Moore as Margaret White: 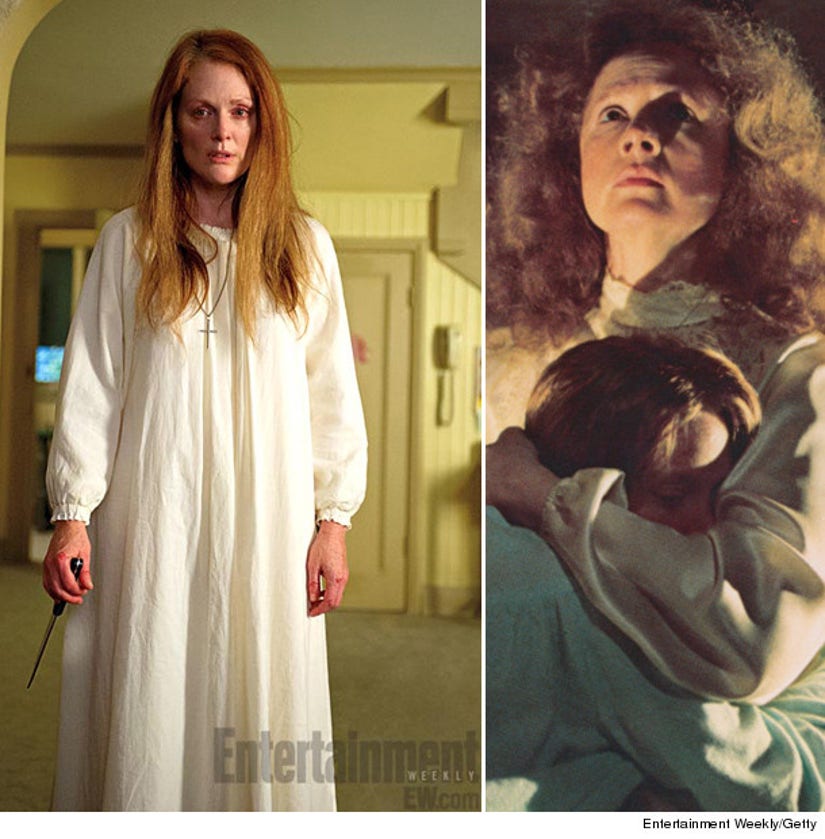 Moore is wearing a white robe very similar to the one Piper Laurie wore in the original flick ... and is holding onto a very pointy knife.