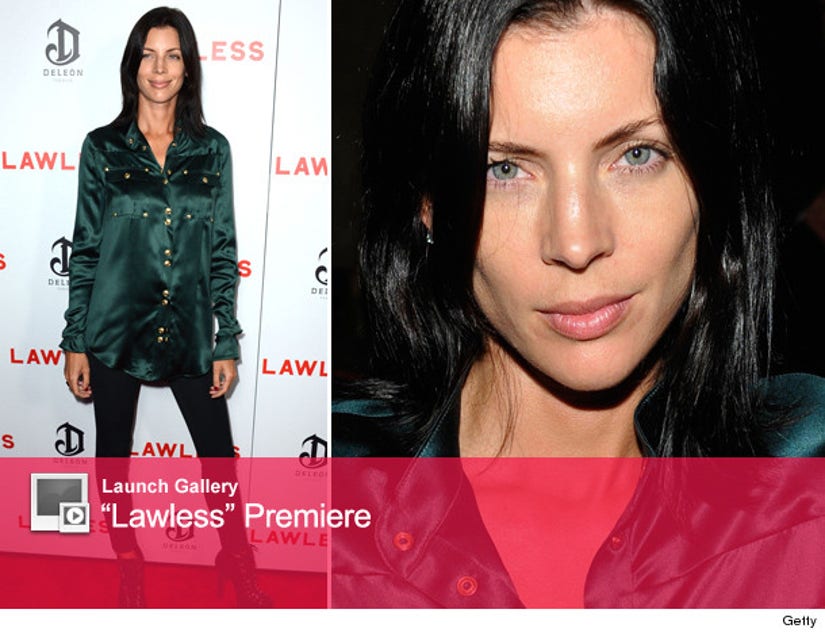 While Kristen Stewart has been largely MIA from the public eye since her cheating scandal broke out, the woman caught in the middle of it, Liberty Ross, stepped out last night on the red carpet.

Ross, whose "Snow White and the Huntsman" director husband Rupert Sanders had an affair with the young star, hit the arrival line at the "Lawless" premiere in Los Angeles on Wednesday night ... looking great!

Wearing an over-sized green shirt, leggings, heels and sporting some spot-on hair and makeup, Ross was in fine form.

One accessory she definitely wasn't rocking: Her wedding ring ... which we don't see any sign of on her left hand.

Check out the gallery above to see more from the premiere, including shots of Shia LaBeouf, Diddy, Guy Pearce and Karina Smirnoff.