Tom Hardy may have portrayed one of the biggest, scariest (unintelligible) bad guys in movie history when he stepped in the shoes of Bane in "The Dark Knight Rises," but once upon a time he was just a scrawny Brit trying to win a modeling competition!

Thanks to the wonder that is YouTube (and the awesome guys over at Buzzfeed), today we're treated to the sight of a 20-year-old Hardy on the British show "The Big Breakfast" in 1998.

Watch below as the handsome Englishman struts his stuff for the judges. Do you think he'll win?

Fun bonus: The announcer says that one of Tom's acting heroes is Gary Oldman ... who he just co-starred with in "The Dark Knight Rises." We love it!

While Hardy gained 30 pounds of muscle to play the creepy villain in the flick, he's not the only actor to change his weight for a role. Stars like Ryan Reynolds, Natalie Portman and Taylor Lautner have all bulked up or slimmed down for their craft.

Click "Launch Gallery" below to see some of the drastic weight changes celebs have made for roles! 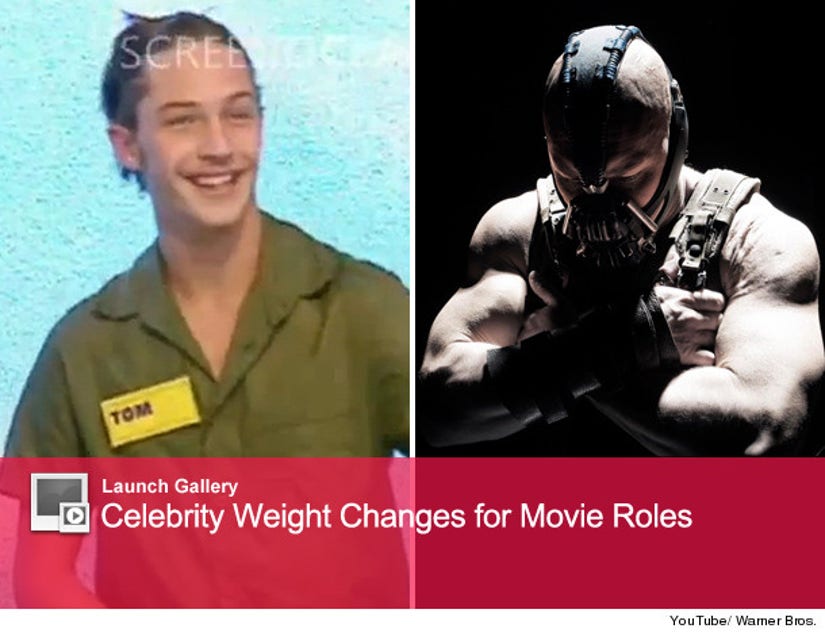