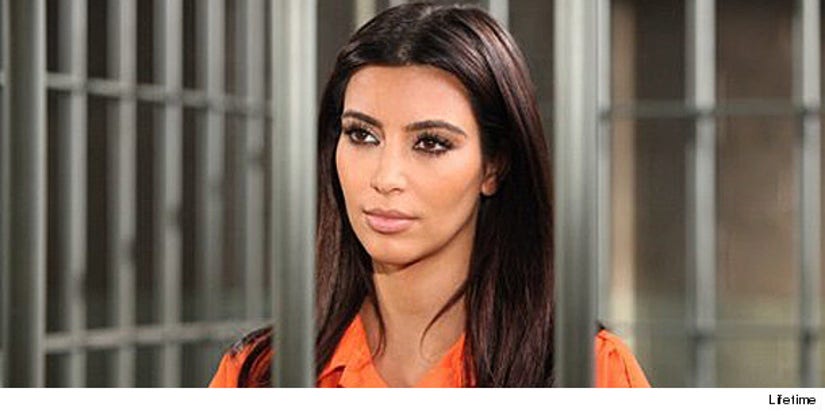 Kim Kardashian has landed behind bars ... for a TV show!

The reality star-turned-actress will reprise her role as con artist Nikki Lepree on this Sunday's episode of "Drop Dead Diva."

To reflect her character, Kim removed all some makeup and donned an orange jumpsuit. Apparently, Kim's character Nikki bilked Stacy (April Bowlby) out of her life savings when the duo agreed to open a pake (pie + cake) shop together. You can't make this stuff up!

For the record, Kim has never been arrested in real life. The same can't be said for her younger siblings. Khloe Kardashian was arrested for driving under the influence back in 2007. Rob Kardashian was detained by police earlier this year after a spat with a paparazzo.