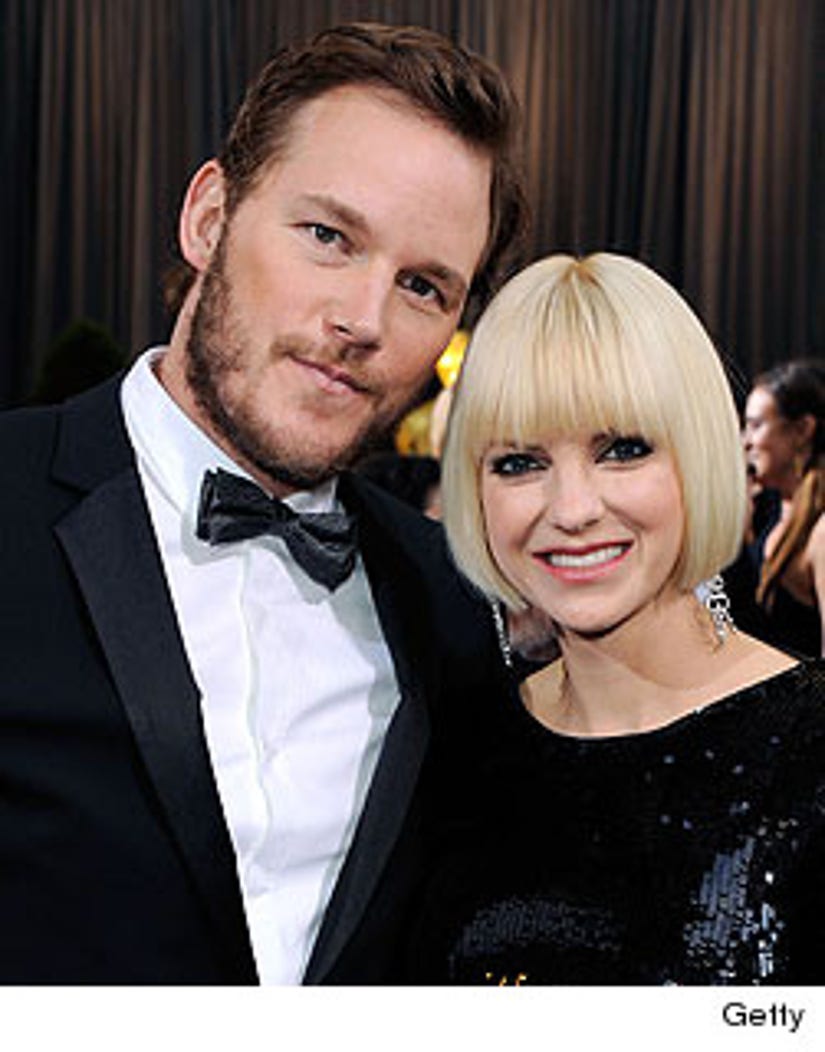 One of the funniest couples in Hollywood has added a new member -- Anna Faris, 35, and Chris Pratt, 33, have welcomed a baby boy!

"The Dictator" actress gave birth to son Jack on Saturday, People was the first to report. And it seems the baby showed up a bit before he was expected:

"Anna Faris and Chris Pratt are happy to announce the birth of their beautiful baby boy Jack," a rep for the couple said.

"He arrived earlier than expected and will be spending some time in the NICU. The happy parents thank you for your warm wishes and ask that you honor their privacy during this time."

"It's a boy! Thanks for all your kind words. In lieu of gifts we ask that you mouth kiss a stranger."

Jack is the first child for the parents, who have been married since 2009.