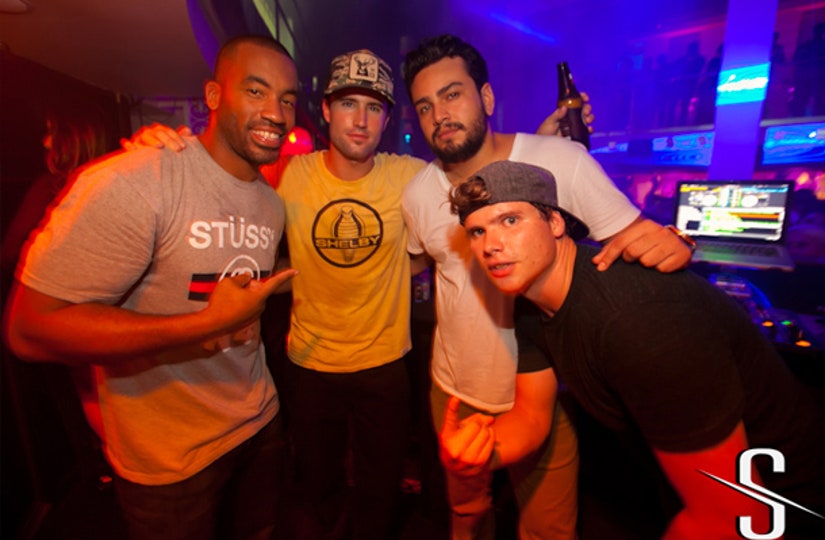 The singer announced her surprise engagement to Chad Kroeger on August 21st, Brody's 29th birthday ... just months after she and Jenner split.

But Brody doesn't look too sad about the news.

The former "Hills" star celebrated his birthday in style -- with an guys-only weekend trip to San Diego.

We're told Jenner and an eight-man entourage (including BFF Frankie Delgado) hit up Searsucker for dinner on Friday night, where he chowed down on shark, chorizo corn and brussels sprouts.

The crew then moved the party over to Stingaree nighclub, where he enjoyed bottle service all night long.

Just check out the pic above -- looks like a Happy Birthday to us!