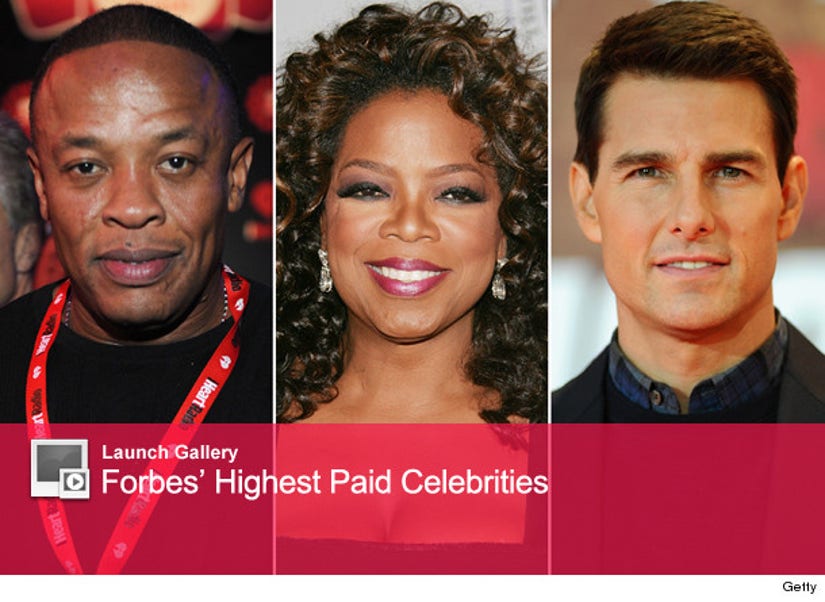 Forbes, the king of all countdown lists, just released its annual rundown of the Highest-Paid Celebrities. Did Oprah Winfrey retain her No. 1 spot for the fourth consecutive year?

Lady O retired her mega-successful "The Oprah Winfrey Show" in last May after a 25-year run, though she's still bringing in the dough from her OWN Network, O Magazine and Sirius satellite radio station. Her Harpo Productions also produces shows like "Dr. Phil," "Rachael Ray" and "The Dr. Oz Show."

Other contenders for the top spot include Hollywood icon Steven Spielberg, "Transformers" director Michael Bay, and uber-producer Jerry Bruckheimer, who earned a boatload of cash (pun intended) from "Pirates of the Caribbean: On Stranger Tides."

Others on the list include Dr. Dre, who raked in $110 million in the last year thanks in great part to the sale of his Beats by Dre headphones, Tom Cruise, with a $75 million payday, and Britney Spears -- the only other female on this list -- who brought home $58 mill.

Click "Launch Gallery" above to see all 20 of the Forbes Highest-Paid Celebrities, including who holds that No. 1 spot!