Another day, another round of sexy Kim Kardashian photos!

The starlet posted two photos from a "vintage" photo shoot yesterday -- and by "vintage" she means lots of cleavage and big hair (though not as big as her Diana Ross shoot).

Clad in lingerie, a fur coat and not much else, Kim poses provocatively. Check out the photo below and click on "Launch Gallery" to see what she's wearing (and not wearing) under that coat: 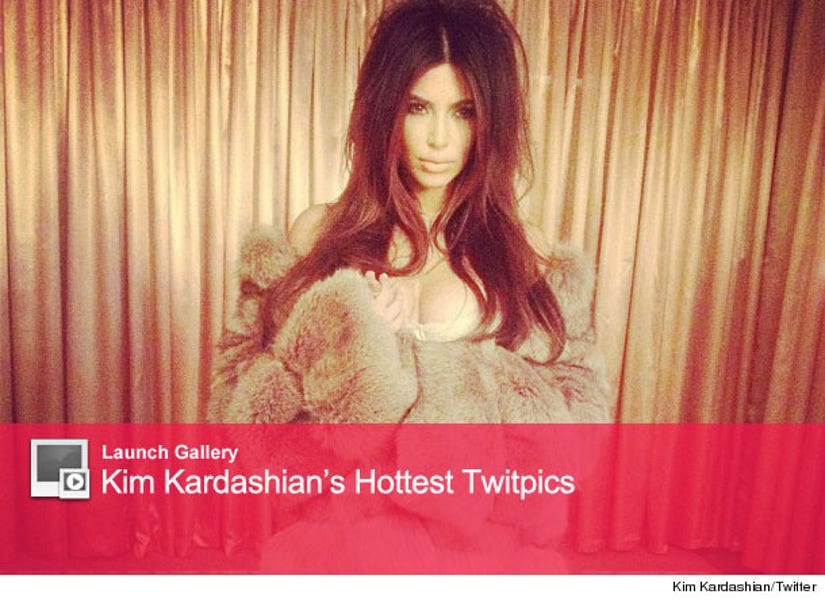 Kim recently told V Magazine that she wants a star on the Hollywood Walk of Fame -- an honor usually reserved for actors, directors and others who have made significant contributions to the entertainment industry.

"I think there was a quote where somebody said that reality stars will never get a star on the Hollywood Walk of Fame," she said. "So, of course I'm so competitive that I think that it would be a huge achievement and a goal that anyone would want. I would love to break that mold."

If one of the qualifications was posting photos on Twitter and Instagram, Kim would've been awarded a star ages ago!