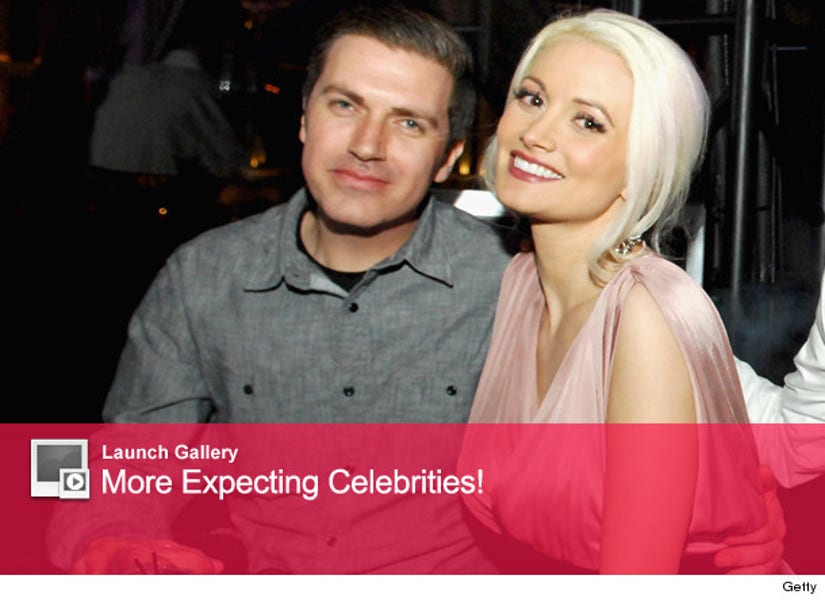 From bunny to bun in the oven!

Us Magazine was first to report the story (though they erroneously call Holly a Playboy Playmate -- a title she never had).

The 32-year-old model and her 38-year-old party promoter have been dating for nine months.

"I've always wanted to be a mom," Holly told Us. "But I thought it would take longer!"

Holly is best known as Hugh Hefner's longtime girlfriend and her reality show "The Girl Next Door," which costarred Kendra Wilkinson and Bridget Marquardt. Holly and the Playboy founder split in late 2008.

Congratulations to the parents to be!

As a bonus, click here to see sexy bikini shots of Holly Madison at CELEBUZZ!