On Tuesday, Vergara made an appearance on "Good Afternoon America," rocking some pretty pricey accessories. The 40-year-old sizzled in a royal blue curve-hugging dress, pairing her outfit with a $2,260 Fendi '2 Jours Elite' white leather handbag (customized with her initials) and $4,000 J/Hadley Blue topaz earrings with champagne diamonds!

Season 4 of the show started off rocky as Vergara and her co-stars, Ed O'Neill, Julie Bowen, Ty Burrell, Eric Stonestreet and Jesse Ferguson delayed production of the series over a contract dispute with 20th Century Fox to negotiate their salaries. But, since the conflict has been resolved, it looks like TV's favorite family is doing pretty well!

And it seems like the brunette bombshell is putting her new salary to use! See even more of Sofia's sexy looks in the gallery below. 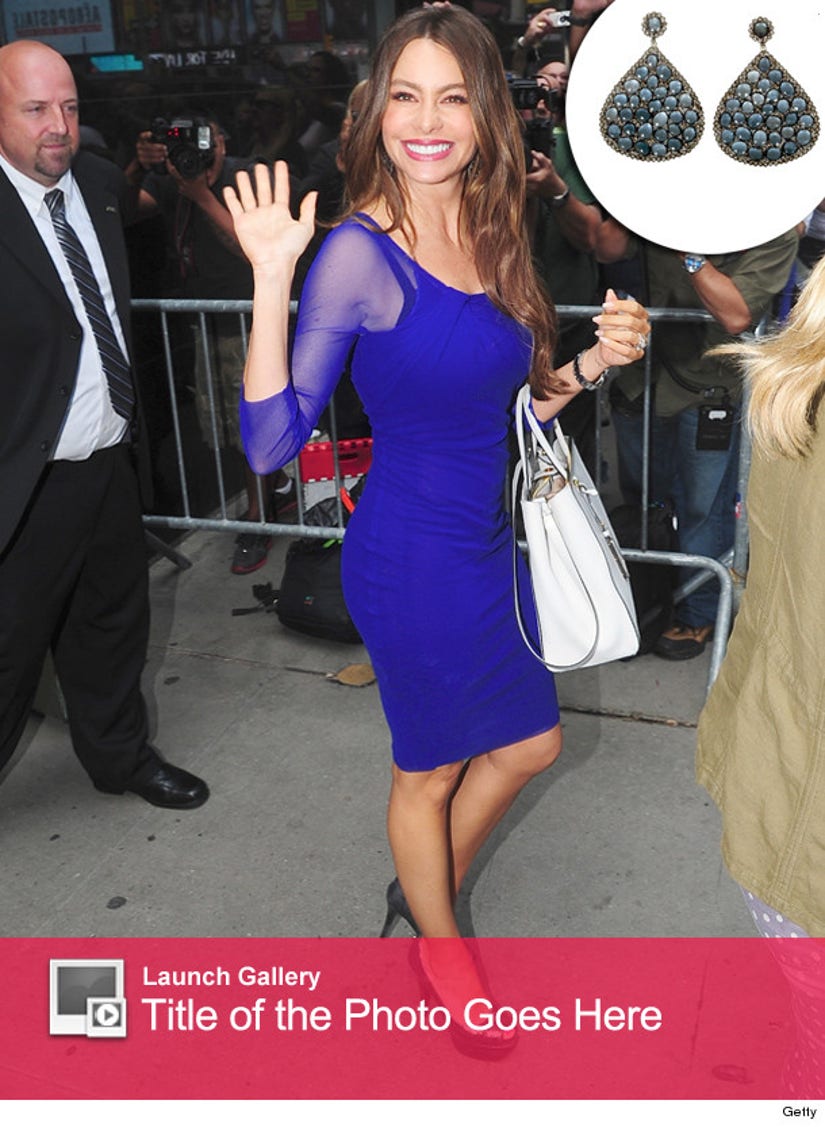