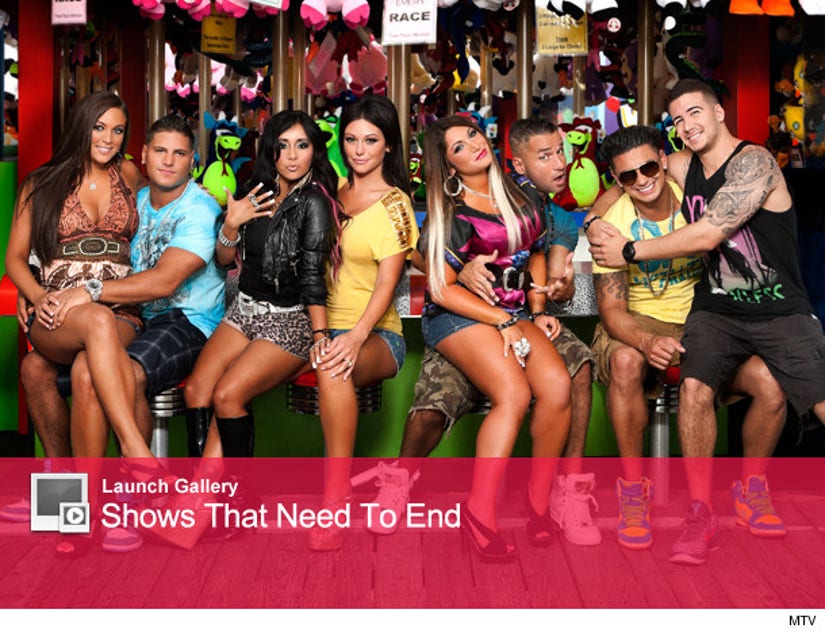 Maybe there's still hope for the world afterall -- MTV just announced that "Jersey Shore" is coming to an end!

After three years (doesn't it feel much longer?!) of drunken debauchery, fights, arrests, and even a baby, we'll finally get to say farewell to the Seaside Heights posse later this Fall.

The network will start saying goodbye to their little cash cows with a retrospective special, "Gym, Tan, Look Back," to air before the MTV Video Music Awards on Sept. 6, with the final season of the show debuting on Oct. 4.

New mom Snooki took to her Twitter to confirm the news for her fans, saying "Yes, sadly it's true. This upcoming season of Jersey Shore will be our last. But it was fricken INSANE. I will always love my roomies!"

The end of the "Shore" doesn't mean that all of the guidettes will be out of our hair though -- "Snooki & JWoww," the girls' spin-off show, has been picked up for a second season.

Oddly enough, we recently voted "Jersey Shore" one of the 10 shows that we think needed to end. Click "Launch Gallery" above to see our other picks ... fingers crossed!

Will you miss The Situation, Deena, Pauly D and the rest? Let us know below!