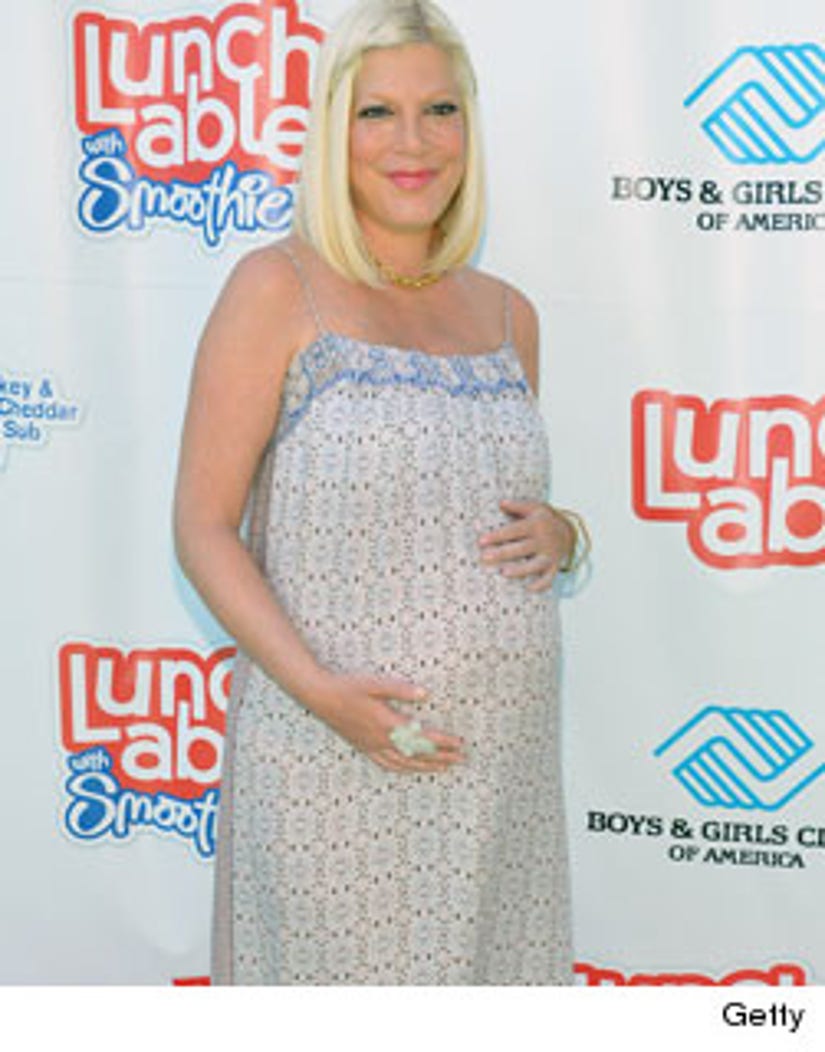 The couple announced the birth of Finn Davey McDermott on Tori's blog. "We are so excited to announce the birth of the newest member of the McDermott family," they wrote, accompanied by the photo below of Finn's hand wrapped around mom's finger.

The former "Beverly Hills, 90210" star seems like she's been pregnant forever – maybe because after the arrival of her third child, Hattie, she found out she was pregnant again just one month later!

Tori jokingly discussed the pregnancy on the "Today" show, “I can dispel the old wives' tale that you can't get pregnant while you're breastfeeding.”

Spelling went on to say, “I didn't want him [Dean McDermott] to think that the sex was going downhill, so here you go. Here's four.”

The twosome has always said they wanted a big family and with baby number four, that brings the McDermott clan up to six! 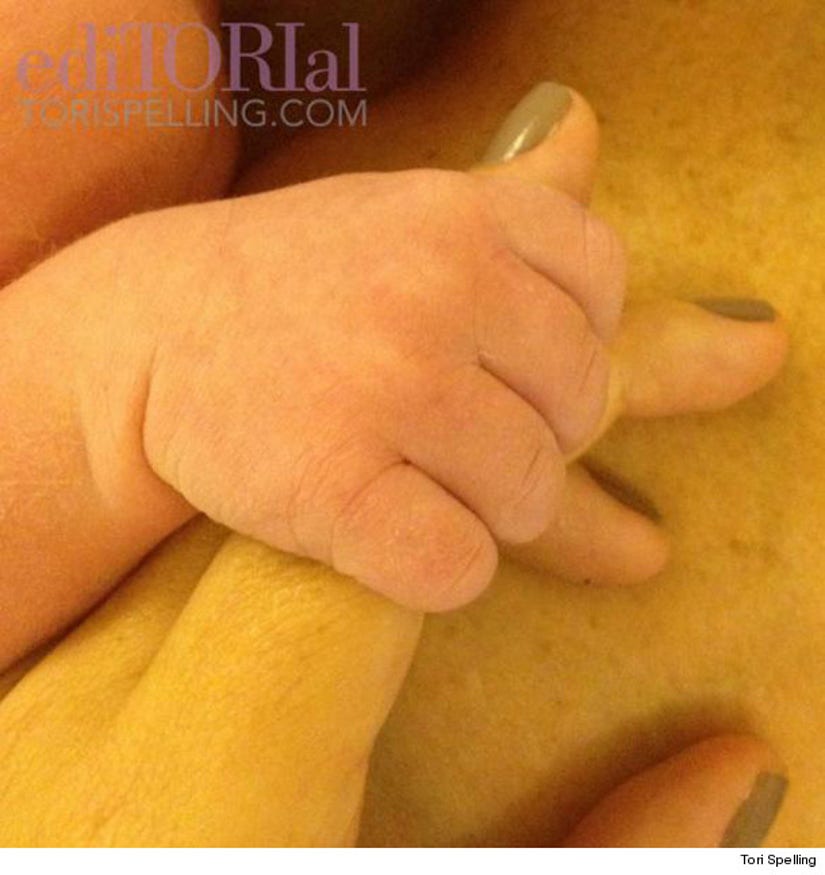