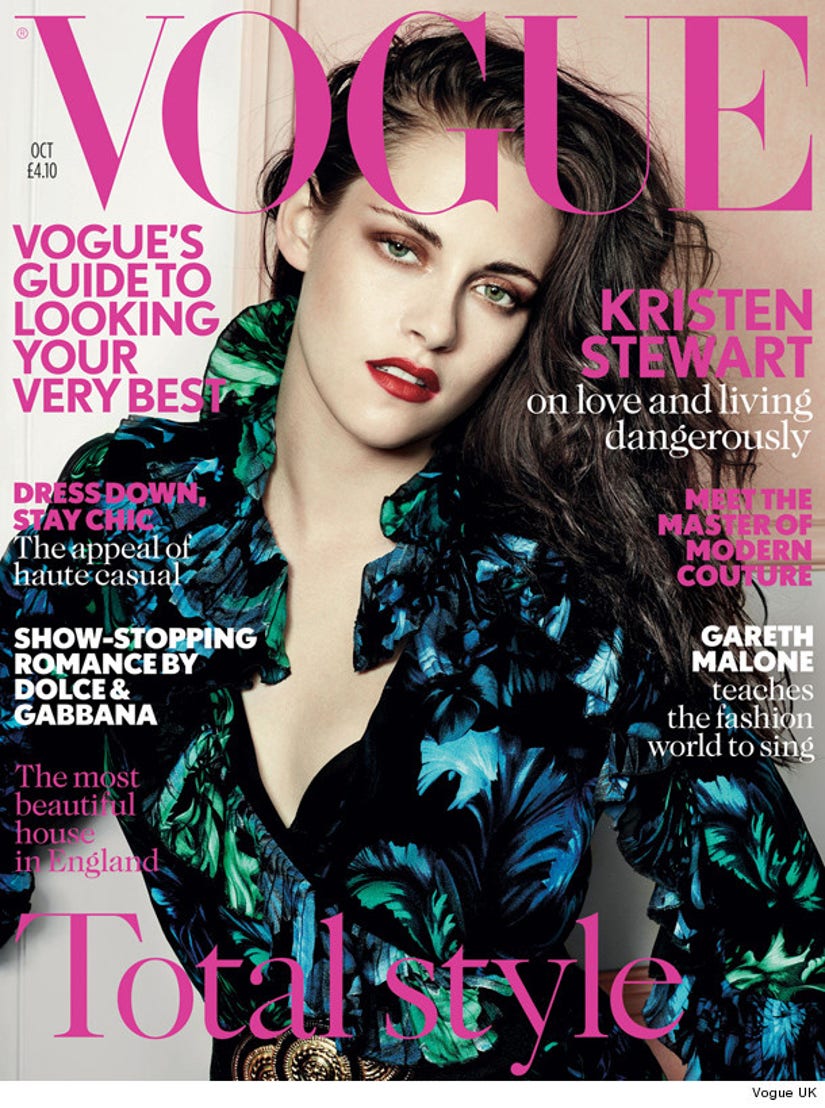 In what may be the inadvertent understatement of the year, Kristen Stewart opens up in the October issue of British Vogue, admitting "I'm not that smooth."

Yeah, we picked up on that.

The Gucci-clad cover girl shares her thoughts on fame in the pre-cheating scandal interview ... and they prove to be a bit of a creepy premonition.

"I know that if you haven't thought about how you want to present a very packaged idea of yourself then it can seem like you lack ambition. But, dude, honestly? I can't," said Stewart.

"People expect it to be easy because there you are, out there, doing the thing that you want and making lots of money out of it. But, you know, I'm not that smooth."

Things definitely haven't been easy for the 22-year-old over the last month -- photos surfaced of her canoodling with her married "Snow White and the Huntsman" director Rupert Sanders, causing her to fess up and issue an apology to longtime boyfriend Robert Pattinson.

This interview just proves that Kristen really has been clueless about how to handle her life in the public eye.

"Like if I were to sit down and think, 'OK, I'm really famous, how am I going to conduct myself in public?' I wouldn't know who that person would be! It would be a lot easier if I could, but I can't."

Kristen will next be seen baring it all in the film adaptation of Jack Kerouac's iconic novel, "On The Road," and she admits that the non-conformist nature of the 1960s really appeals to her.

"That world back then, it just seems freer to me than anything I could ever touch and I'm fully nostalgic for it, even though I wasn't even alive then," she said.

"I love being on the periphery with a group of people who have the same values that I do. People who don't get off on fame, who just like the process of making movies and thrive."

It's just a little awkward hearing her talk about values right now, no?

For the full interview, be sure to pick up the October issue of British Vogue, on stands Friday.