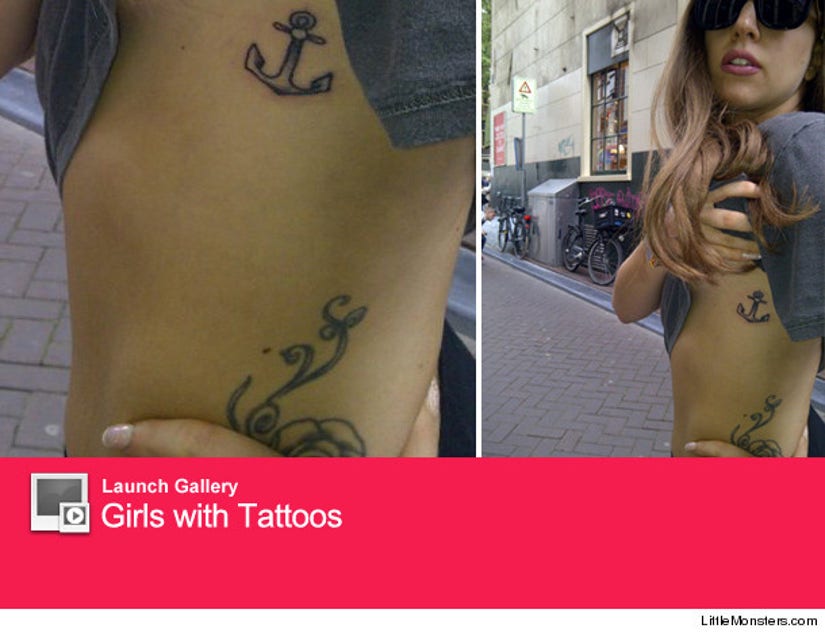 Lady Gaga is running out of real estate on her body -- as this weekend she debuted yet another tattoo!

The singer, who has at least 10 other pieces of ink already, showed off a brand new anchor tattoo on her fan website LittleMonsters.com ... flaunting some serious skin as she debuted the tatt.

"New Tat. Stamp of His Mermaid," Gaga tweeted along with the photo.

So what's the significance of the tattoo? We're pretty sure it's got something to do with boyfriend Taylor Kinney. Taylor and Gaga met on the set of her "You and I" music video, where she played his mermaid lover.

The new tattoo comes one month after the singer also revealed the name of her upcoming album by
inking the word ARTPOP on her left arm.

LG also has a rose, peace sign, the words "Little Monsters" and unicorn tattoos ... among many others.

Check out more of her tattoos, plus other inked up women, in the gallery above.