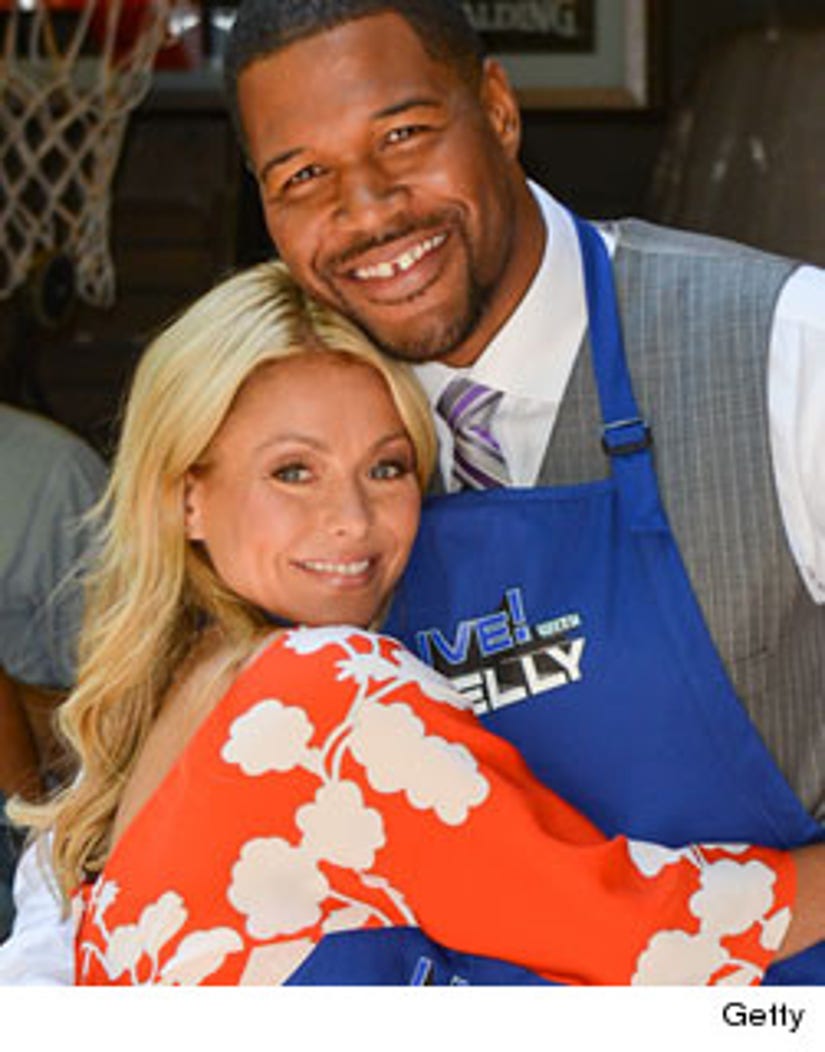 The gap-toothed former New York Giant jogged onto the morning show set and picked up co-host Kelly Ripa in a bear hug, lifting her off her feet. He replaces Philbin, who left last November. Strahan was the survivor in a series of on-air tryouts of potential co-hosts since Philbin left, and his hiring has been an open secret for the past two weeks.

Strahan appeared relaxed and amiable on his first day and drew "ahhhs" from women in the studio audience when he presented Ripa with a dozen red roses.

"It's so nice to have a co-host literally sweep you off your feet," Ripa said, "and I know that he can bench press me if he wanted to."

Ripa played a clip of Strahan's first appearance on the show in 2008, shortly after the Giants had won the Super Bowl. Philbin asked Strahan what he would want to do after retiring from football and Strahan said that Philbin's job looked pretty good.

"I was joking," Strahan said on Tuesday, "and I'm glad the joke came true."

Philbin was the original "Live!" host for more than 28 years, with Ripa joining him in 2001. Strahan said Philbin set the benchmark. "I am in awe of him," he said.

Strahan is one of several new faces in daytime television this fall. Steve Harvey begins a new talk show on Tuesday. Katie Couric, Ricki Lake and Jeff Probst also have new shows starting in the next couple of weeks.

Strahan, currently a host of "Fox NFL Sunday," towers over his co-host, who barely reaches his shoulders when they stand next to each. When they sit next to each other, the seats are adjusted to minimize the difference.

Before bringing Strahan out, Ripa joked about the lengthy search, advising people to stop sending her resumes.

"I have enjoyed every single solitary person except for one," she said. "The staff is laughing because they know that's true."