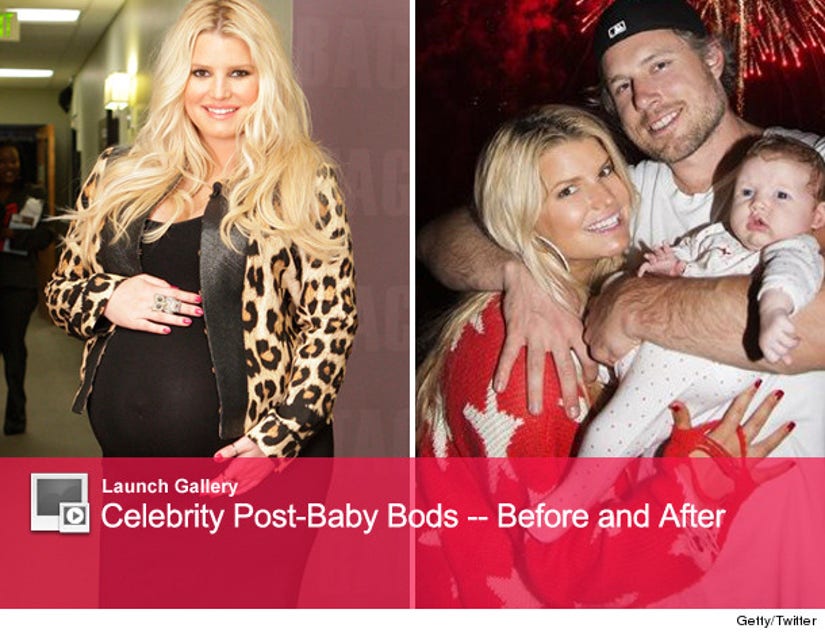 Jessica Simpson's first Weight Watchers ads are set to debut next week -- but she's already talking about the struggles she's had with her post-baby body.

"I'm not a supermodel," she tells USA Today. "My body is not bouncing back like a supermodel. I'm just your everyday woman who is trying to feel good and be healthy for her daughter, her fiancé and herself."

"My weight has always been something that people like to comment on. I've gotten used to it," she adds. "It'll start to get boring at some point, I hope."

Chances are though, it won't -- and with photographers trying like crazy to get shots of Jessica's body as she goes to and from the gym, attention now is greater than ever.

"Nobody wants to talk about their weight. For me, I have had to come to a place where I am comfortable with myself," Jessica explains. "I'm a mom now, and get to be a role model for this beautiful little girl [daughter Maxwell]."

Jessica isn't the only one who's comfortable with her weight -- so is her fiance, Eric Johnson.

"I have his support but not pressure," Simpson says. "The fact that he loves me the way I am right now — we're set. He knows I want to feel better in my skin."

The 32-year-old adds that Weight Watchers isn't putting any pressure on her either and that she's "lost weight every single week" by "eating less of everything" and doing about 60 minutes of cardio a day.

"My boobs are way too big to run at this point. I'm just walking," the busty singer jokes.

Jess will likely reveal how much weight she has lost when her first ads debut next week.

Check out other stars who have bounced back after having a baby in the gallery above.