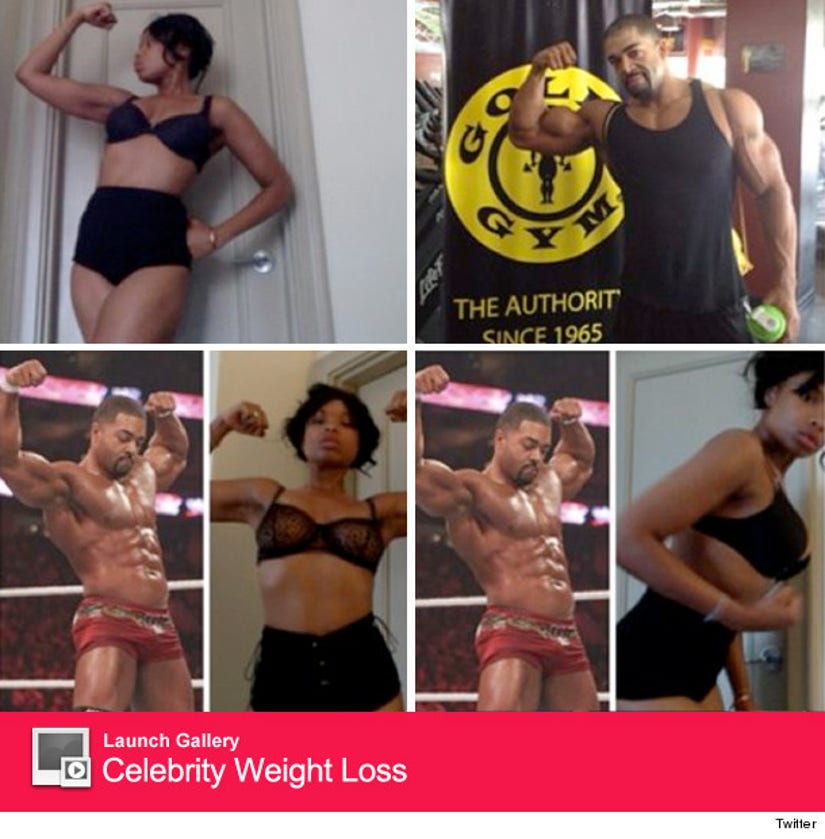 Could Jennifer Hudson's next career move be ... wrestling?

The singer posted a couple sexy shots on Twitter this morning, where she's seen copying a few of her WWE fiance David Otunga's famous poses from inside the ring .... while wearing a lace bra and hot pants!

There's no denying J-Hud looks amazing, but why'd she do it?

Earlier today, Otunga tweeted "Want to win @DavidOtunga autographed coffee mug? Send me your best pic & include #OtungaPose" -- and Jennifer took him up on the challenge.

"@DavidOtunga I didn't have any baby oil, so I used coco butter! Am I giving u, u? Did I win?" she tweeted to him, along with the photo.

Jennifer is looking better than ever these days, keeping fit more than two years after she joined Weight Watchers back in 2010.

See more stars who have shed some serious pounds in the gallery above.