Kristen Stewart hit the red carpet for the first time since her cheating scandal -- and she looked amazing!

The actress' new film, an adaptation of Jack Kerouac's novel "On the Road," premiered at the Toronto International Film Festival.

And while she was excited during interviews on the red carpet (watch above), she kept the conversation firmly on the movie. 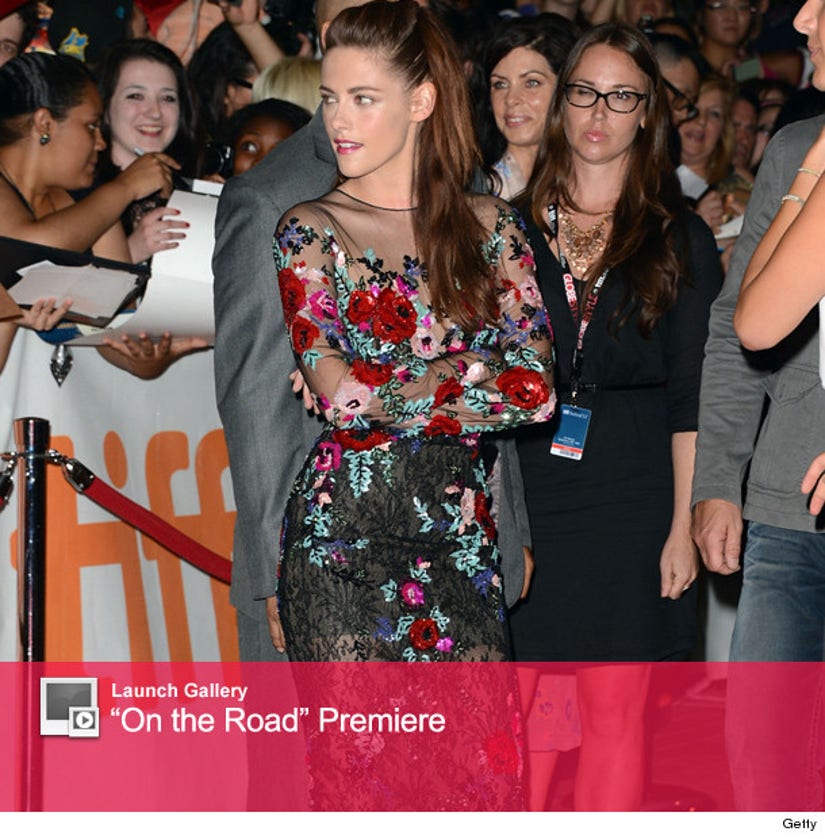 In July, the actress issued a public apology to boyfriend Robert Pattinson after photos surfaced of her and "Snow White and the Huntsman" director Rupert Sanders sharing an intimate moment.

Not surprisingly, Pattinson didn't accompany Kristen to the premiere -- he was spotted at the 2012 MTV Video Music Awards, where he introduced a new trailer for "The Twilight Saga: Breaking Dawn -- Part 2" ... more than 2,500 miles away in Los Angeles.

Watch the trailer for "On the Road" below: