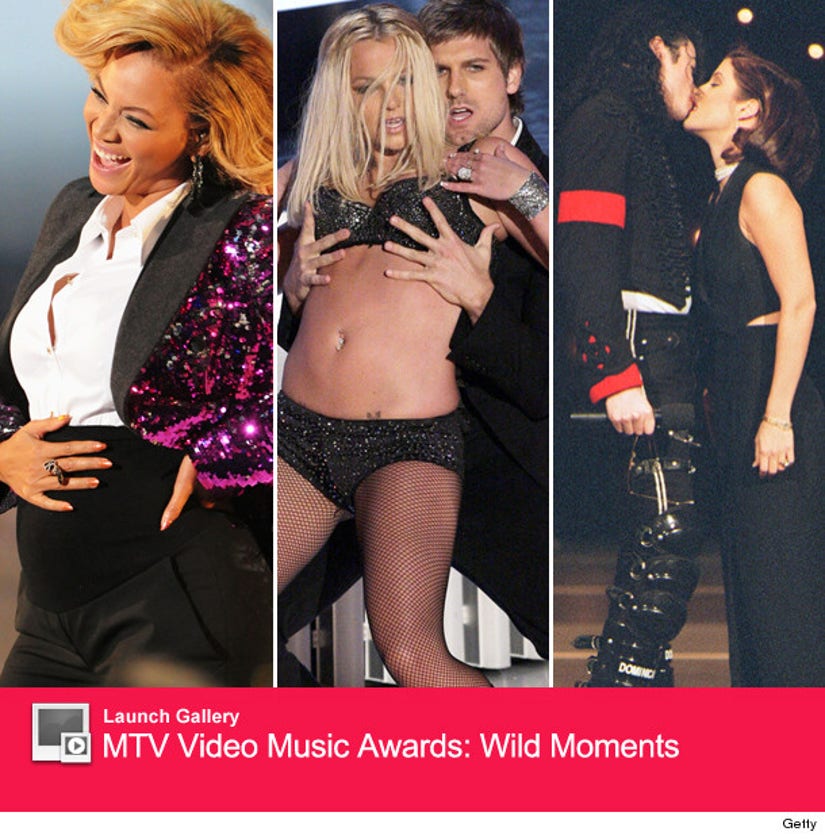 The 2012 MTV Video Music Awards go down tonight in Los Angeles -- and if the past is any indication, we're in for a wild ride!

Last year, the award show set Twitter records when Beyonce confirmed pregnancy rumors by baring her baby bump after what was already an amazing performance. Will anything be able to top that this year?

Since the first ceremony in 1984, the show has given us some really crazy moments -- including the rise/decline/comeback of Britney Spears, Lady Gaga's meat dress, one freaky Michael Jackson kiss and even a fight with a rubber dog.

Check out our picks for the wildest moments in VMA history in the gallery above.

And be sure to come back later today, starting around 3:30 PM PDT, for this year's arrivals and must-see clips!