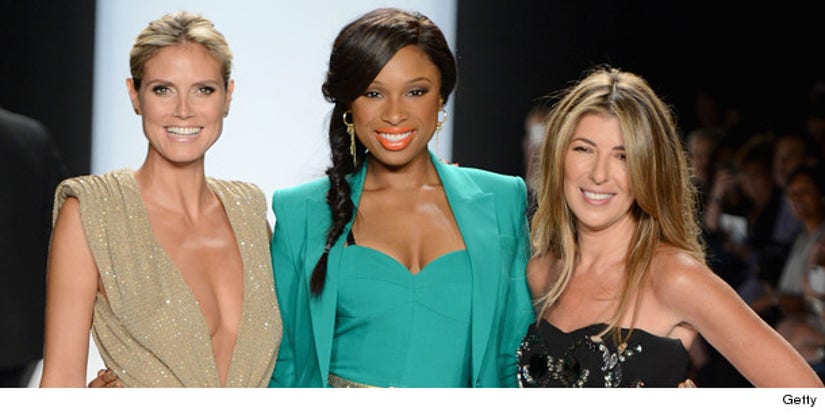 Talk about risque on the runway!

Heidi Klum left little to the imagination during the "Project Runway" Season 10 Fashion Show at New York Fashion Week. The sparkly, sexy dress plunged all the way to her navel and featured a bare back.

She was joined by fellow judges Michael Kors and Nina Garcia, as well as celebrity judge Jennifer Hudson, who wowed herself in a teal suit and bold orange lip.

They say looking good is the best revenge, and this is the most radiant the 39-year-old supermodel has looked since splitting with her husband Seal. 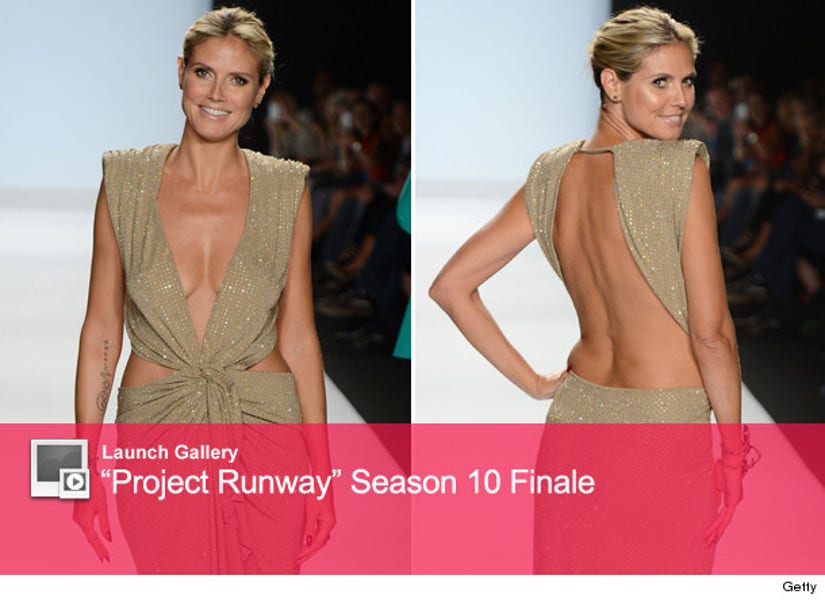 Click on the "Launch Gallery" button above to see Heidi make it work. If you're a fan of the "Project Runway," scroll down and get breakdowns of each contestant's collections from toofab's very own Lawrence Yee! Keep in mind while there are three finalists, eight collections were shown to avoid spoilers. 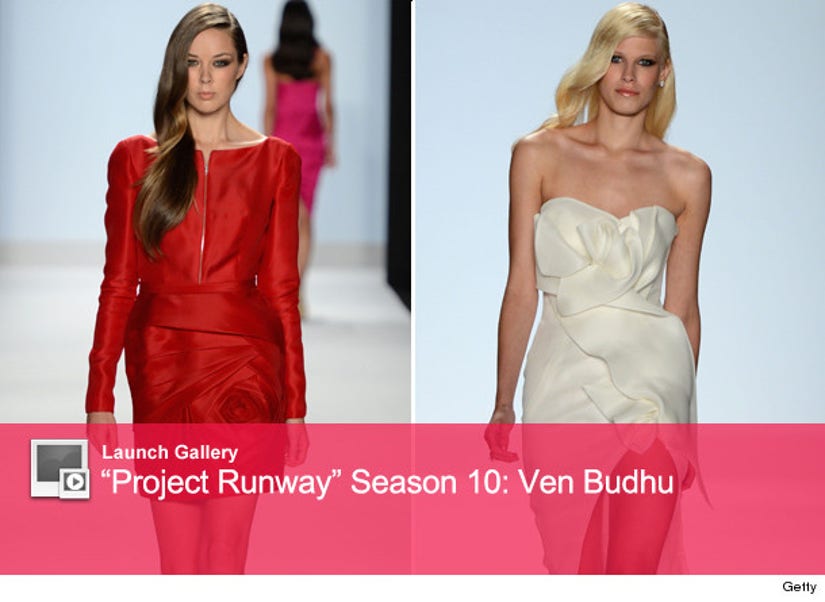 Ven stayed true to aesthetic: elegant, sculptural gowns. He incorporated his trademark petal pattern in expected (along the bust) and unexpected (on a skirt) ways. There's no doubt his clothes are beautiful and will sell, but he may suffer from Laura Bennett syndrome: too much of the same thing, even if it is a good thing. It wouldn't be a surprise if he made the top three. 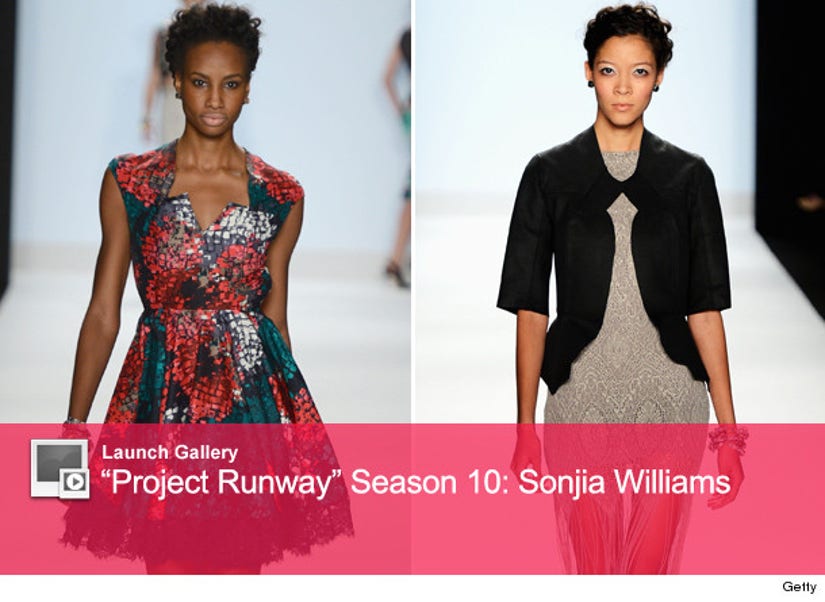 Whereas Ven's collection was uniform, Sonjia's was all over the place. Her line consisted mostly of separates in varying materials, and unfortunately there wasn't a cohesive, or memorable look. Her shredded jumpsuit (above right) was very cool though. 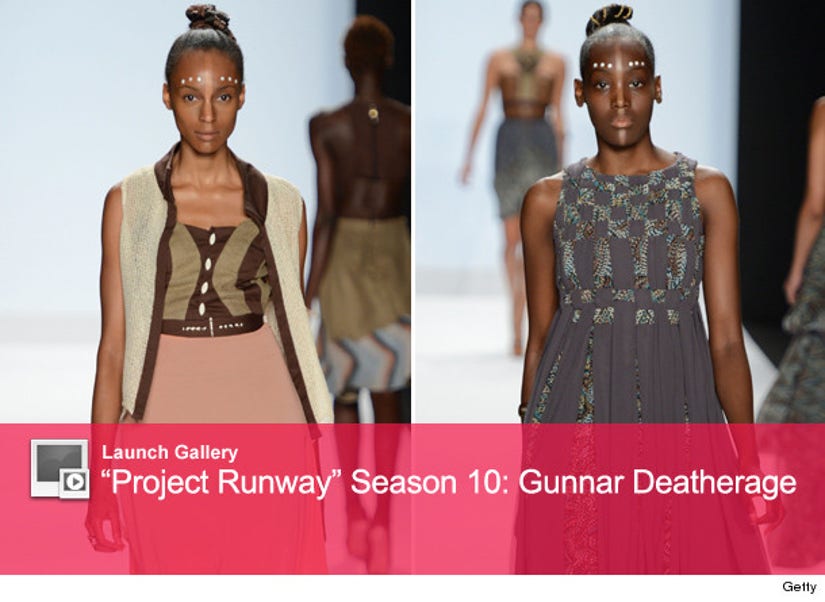 We never would've guessed that the self-taught Gunnar would go with an African tribal theme. Gunnar's production skills have been criticized on the show, but some of his looks, including an intricately woven dress (above right) and tiered skirt show skill. We'd be surprised if Gunnar made the top three, and this collection has a very specific customer in mind. But it was definitely one of the more interesting collections. 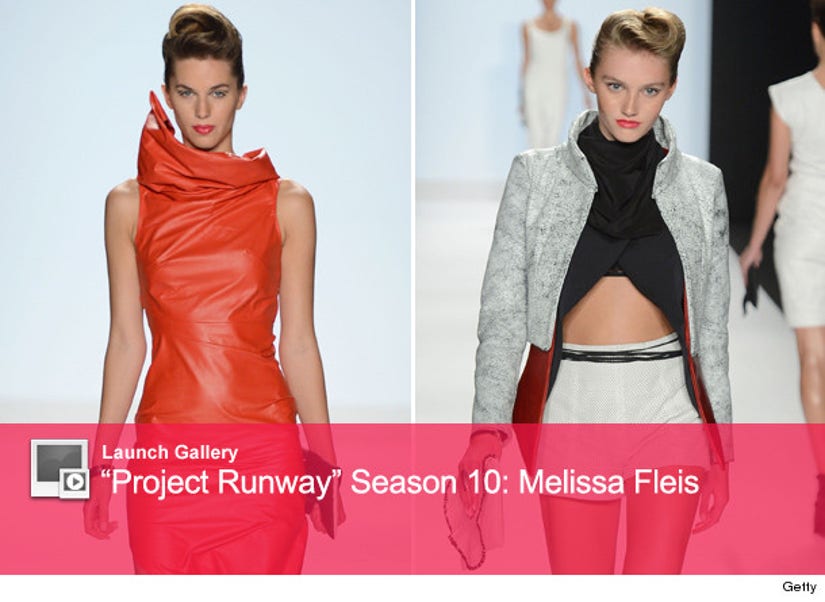 One thing is clear: Melissa loves her high necklines! Her collection included an unexpected pop of color with the rust-colored leather gown (which resembled one of her winning looks this season), but the rest was mostly monochromatic. Her separates seemed more cohesive than Sonjia's. A few of the sheath dresses looked surprisingly simple, but that's Melissa's style. Of the remaining women, she seems to have the most mental fortitude to make the top 3. 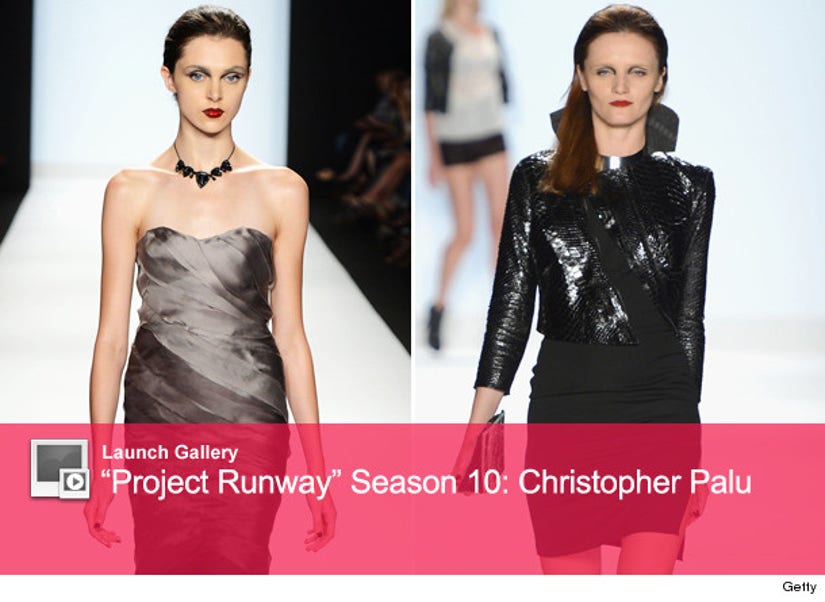 This season's golden boy kept his trademark fabric manipulation to a minimum and presented a variety of looks -- if not too many. Leather was very prevalent, but outfits went from a gown to shorts to a trenchcoat. His aesthetic seemed a bit more "hard" than the looks he's done in the challenges. With his track record, we could see him easily making it to the top 3, or falling just short. 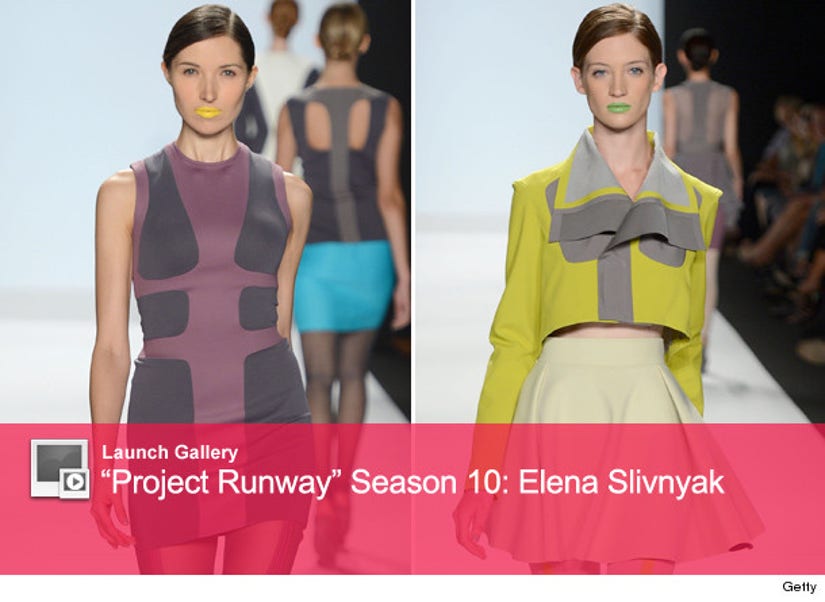 Elena surprised us more than anyone with her colorful, original collection. She kept her highly structured point of view, but bright colors and less bulking shapes made her dresses wearable. Her looks are very modern and body conscious, but they look like nothing else that walked down the runway, which the judges reward. Consistent styling (tights with racer stripes, colored lips) helped present a strong, unified look. 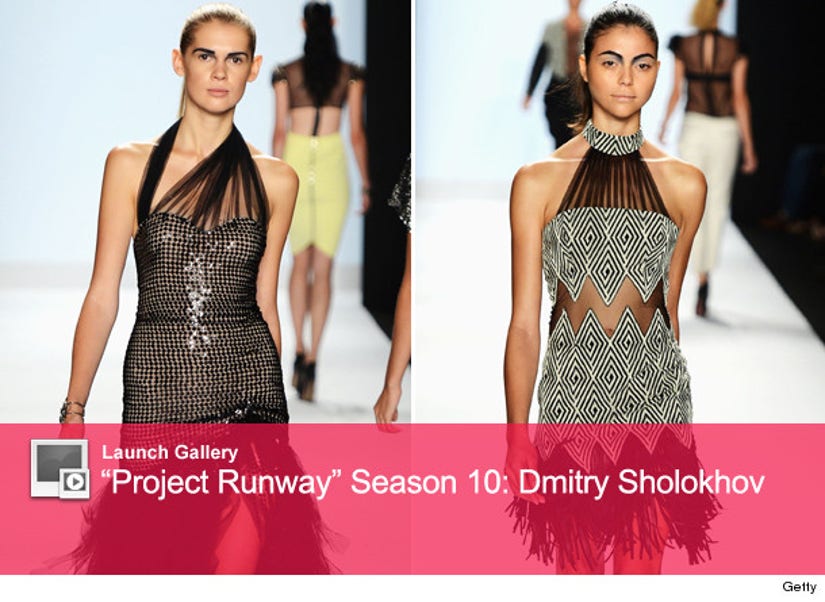 Dmitry is the dark horse of the competition. His work has been consistently good, but he's been very middle-of-the-pack. It's no surprise the former ballroom dancer has a lot of flair, but this collection seemed to lack his usual taste. A sparkly gown (above left) seemed overworked, and the pattern and cut on a more casual dress (above right) looked a little cheap. We're fans of his, but a little disappointed. 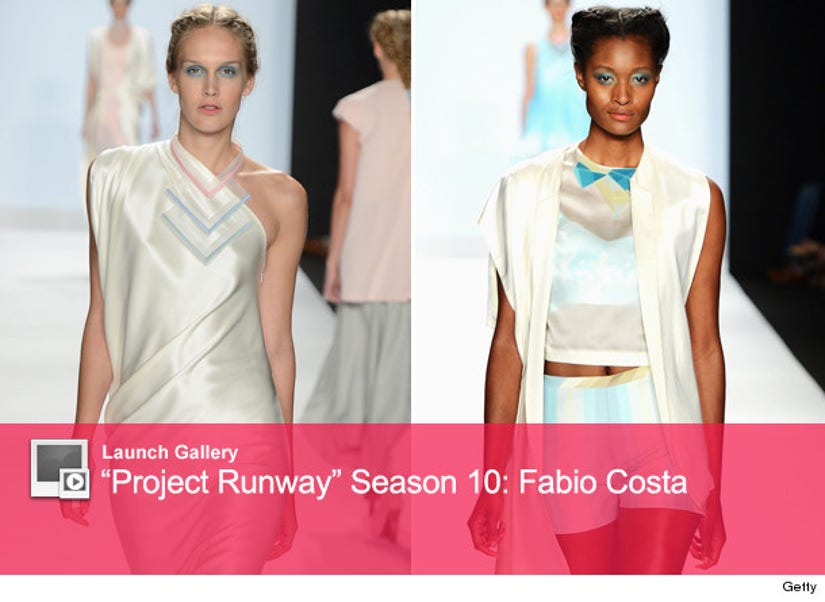 Fabio is the other dark horse for us. His casual vibe has always been his greatest asset, but the judges have historically preferred more "showy" styles. His clothes look comfortable and wearable, but we weren't fans of the layered look on "Top Model" winner Dani Evans (above right). There's an easy elegance to his looks, but we just don't see his collection as the winning one.

Since fashion is subjective, what do you think? Tell toofab in the comments below!