Jessica Simpson's weight gain (and eventual loss) has tabloid fodder for years -- and today, the slimmed-down star is speaking out.

"I've been pregnant for like three years now," Jessica said on Katie Couric's new talk show of all the magazine attention on her weight. "I don't pick up the magazines ... I definitely don't Google my name, I try to avoid it completely."

Simpson says she's lost more than 40 pounds on Weight Watchers after giving birth to daughter Maxwell back in May -- but adds that "every day is a struggle for me" when it comes to negative feedback.

"The great thing about Weight Watchers is that it's not intimidating, it's a lifestyle," she adds. "I don't think I'm putting too much pressure on myself, tabloids try and put pressure on you."

Jessica appears to take it all in stride -- and while she's making some major money from Weight Watchers, she wouldn't mind a buck or two from the tabloids too!

"I understand that it sells magazines," she jokes. "I wish I could get a cut!"

Check out more post-baby bods in the gallery below: 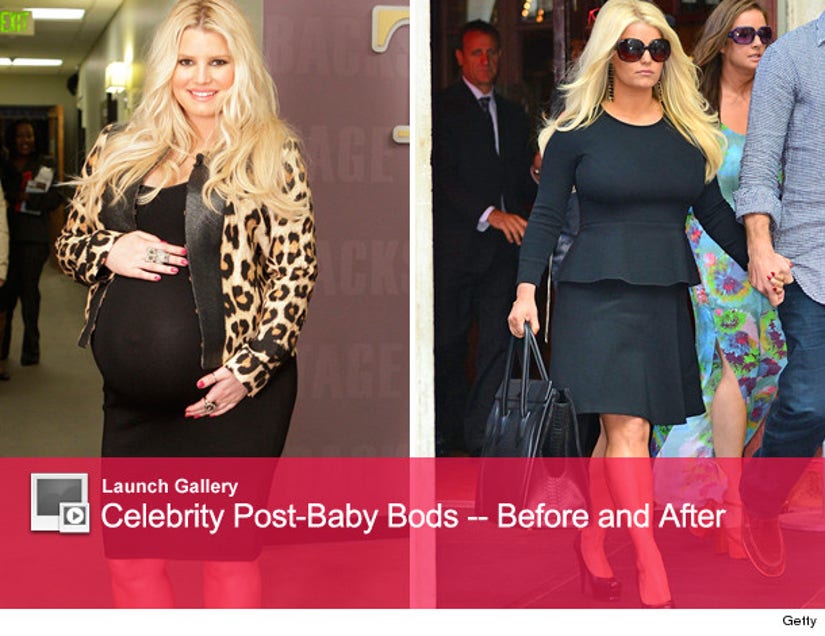 Plus, check out Jessica's new commercial for Weight Watchers!