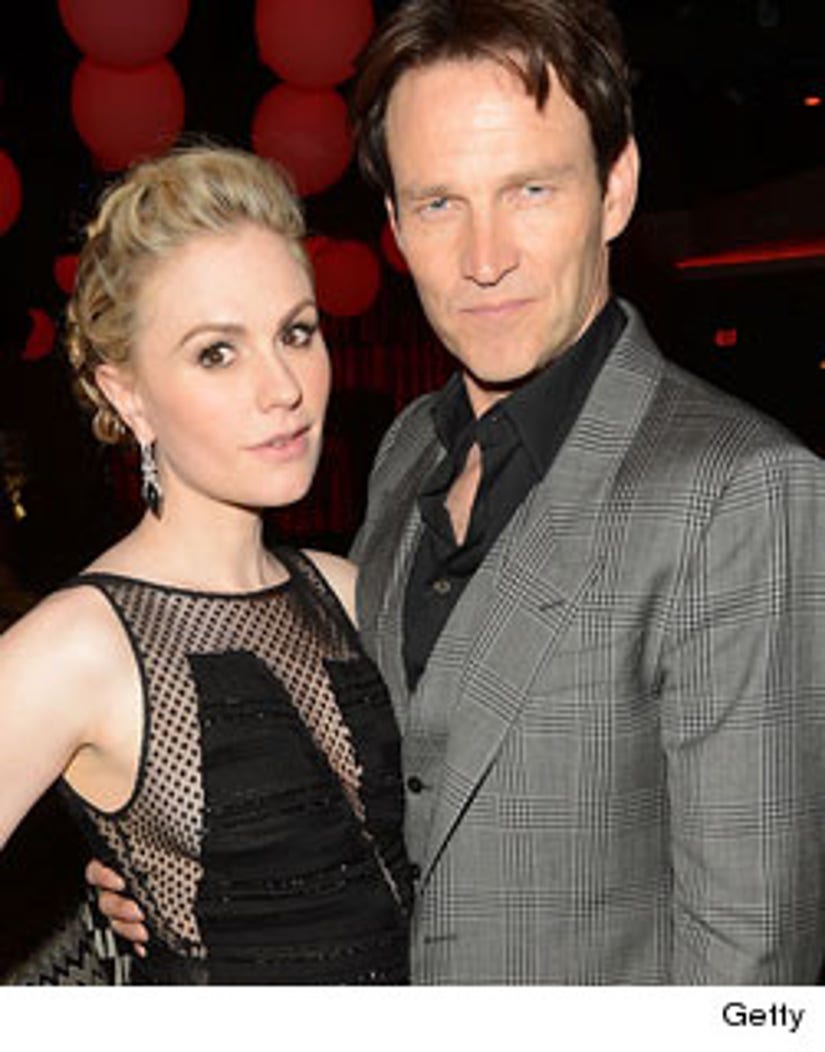 The "True Blood" babies are here -- Anna Paquin and Stephen Moyer are the parents of new twins!

The married couple, who costar on the supernatural HBO show, has welcomed two little ones into the world, according to People.

“We can confirm that Anna Paquin and Stephen Moyer recently welcomed their twins into the world,” spokespeople for the couple told the magazine.

“The babies were born a few weeks early, but are in good health and both Mom and Dad are overjoyed.”

No other details about the new additions were released. Early births aren't all that uncommon for multiples, and we're happy to hear that everyone is doing well!

Moyer, 42, has one son and one daughter from a previous relationship, and the twins are the first for Paquin, 30.

The couple has been married since August 2010.

Congrats to the family but our biggest question remains -- are the babies vampires or faeries?