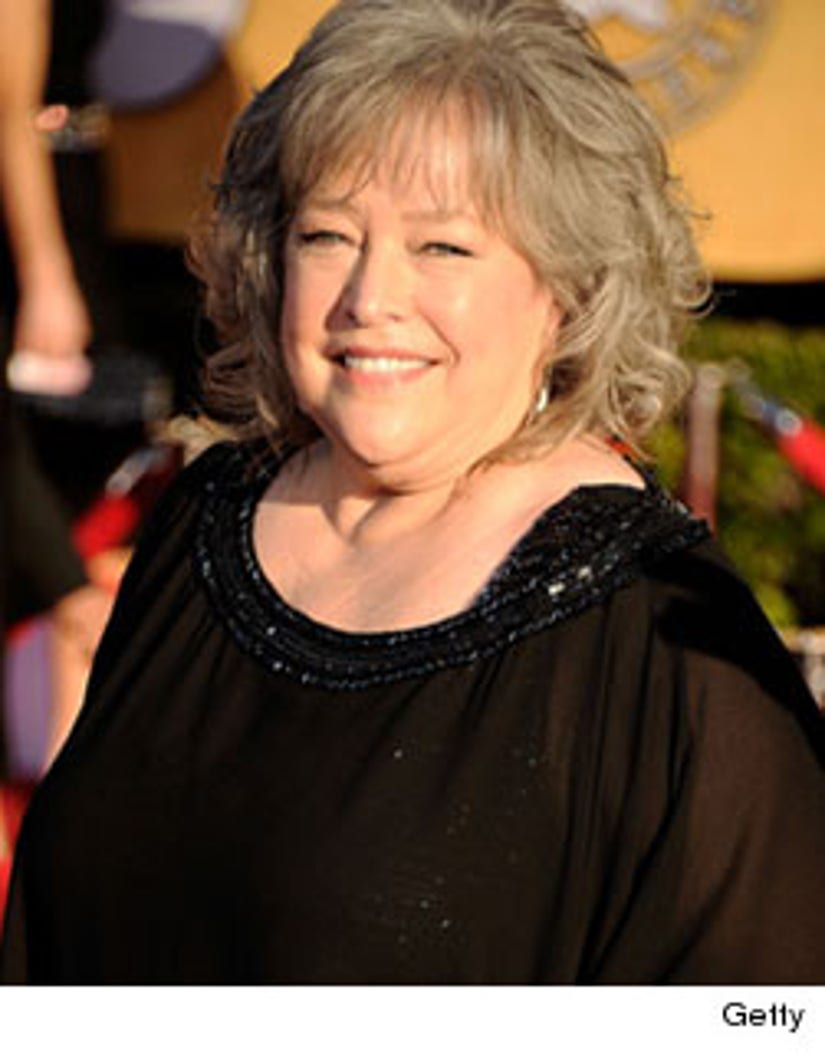 NEW YORK (AP) -- Kathy Bates says she is recovering from a double mastectomy.

The Oscar-winning actress tweeted on Wednesday that she was diagnosed with breast cancer two months ago. But in a separate post, she said she doesn't miss her breasts as much as "Harry's Law," her NBC law drama that was canceled last May.

Bates, 64, told People magazine that she won't have to undergo radiation or chemotherapy. Her doctors have assured her she'll be around "for a long time."

She told the magazine that her family calls her "Kat" because she always lands on her feet, "and thankfully this is no exception," she added.

Bates won a Best Actress Oscar in 1991 for "Misery," and this year is nominated for two Emmys: for "Harry's Law" and for her guest shot on "Two and a Half Men."