Aside from starring on ABC's latest series, "Malibu Country," Sara Rue has even more to be excited about -- she's pregnant!

The 33-year-old and her husband Kevin Price are expecting their first child together, due early next year!

While she's eager to find out the sex of the baby, Rue confessed she's not ready to let go of her pre-pregnancy wardrobe. “I'm not quite ready to move onto maternity gear,” she admitted to Us Weekly. 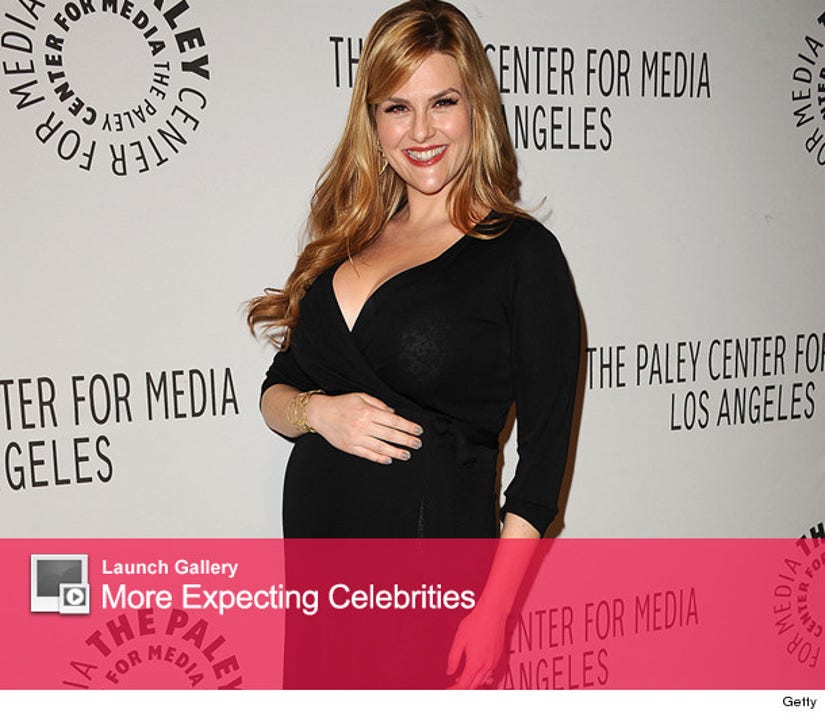 The Jenny Craig spokeswoman lost over 50lbs in 2009, and she's planning to maintain her healthy diet through the pregnancy.

“I'm just really trying to listen to my body. I know this is weird, but I literally had these two giant glasses of milk and I was like 'OK, I guess I needed calcium.'"

"So when I want ice cream, I need to realize, 'No, I probably need milk,' and not go too crazy,” she told Us.

Maybe she'll team up with Jenny Craig again to get back to her pre-baby bod! Click "Launch Gallery" above to see even more expecting celebs!