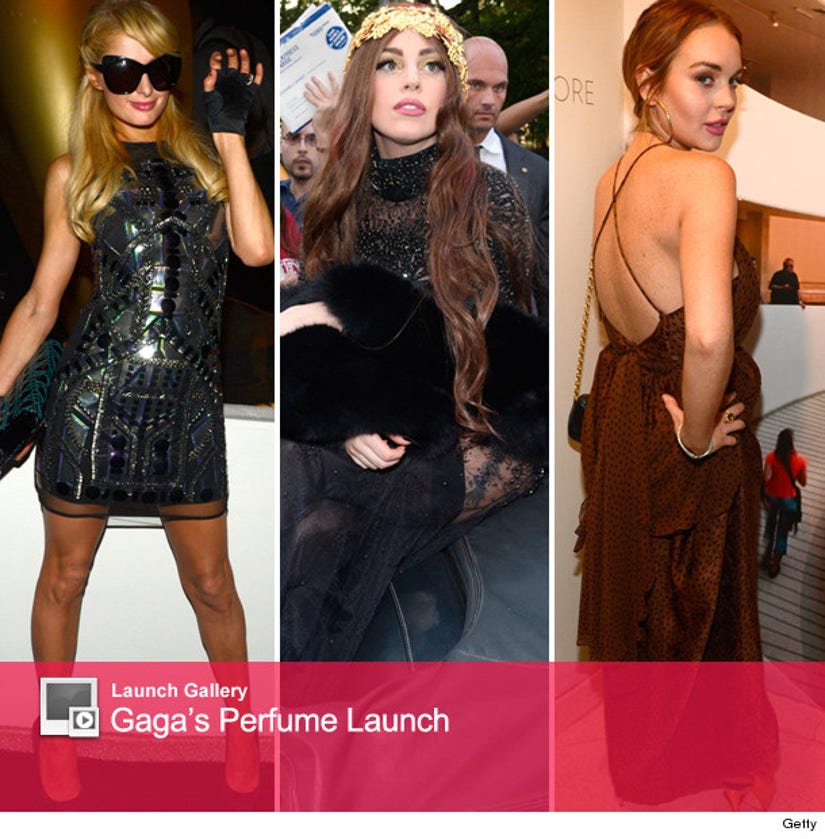 Paris Hilton and Lindsay Lohan reunited in NYC last night -- and it was all for Lady Gaga.

The sometimes-frenemies were spotted out together at the singer's Fame fragrance launch in New York, where they were photographed hugging each other after arriving.

Though the two have clearly patched things up over the years, one of Paris' biggest claims to fame is her part in Brandon Davis' infamous "Firecrotch" rant about Lindsay way back in 2006.

Lindsay flew into New York from Atlanta, where she's been filming "Scary Movie 5" with Charlie Sheen.

Our only question: Where's Britney?

Who else remembers this gem, also from 2006?