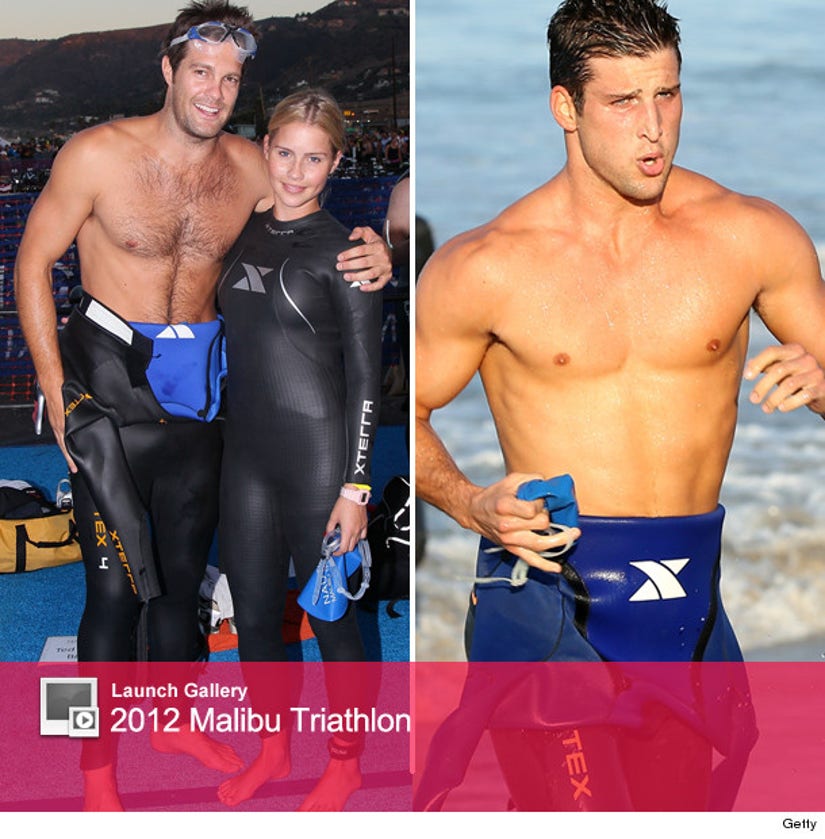 There's no doubt the stars who took part in the celebrity triathlon in Malibu this weekend looked great while running, swimming and biking -- but who had the endurance to outperform the rest?

Well, Claire Holt of "The Vampire Diaries" isn't just a pretty face. The Australian actress, 24, came in first for the celebrity women.

She finished the triathlon in 1:44:31, completing it 26 minutes before her only other celeb opponent: Alison Sweeney, who finished in 2:10:11.

Stacked up against the non-celebs, Holt finished 133 overall.

As for the men, hottie Geoff Stults (left) came in second with a time of 1:40:26 and Max Greenfield from "The New Girl" came in fourth. Little known actor Eric Etebari placed first.

And Jon Cryer had to drop out of the race after a bike accident on the course left him battered and bruised.

Check out all the pics above -- and see the full results here.