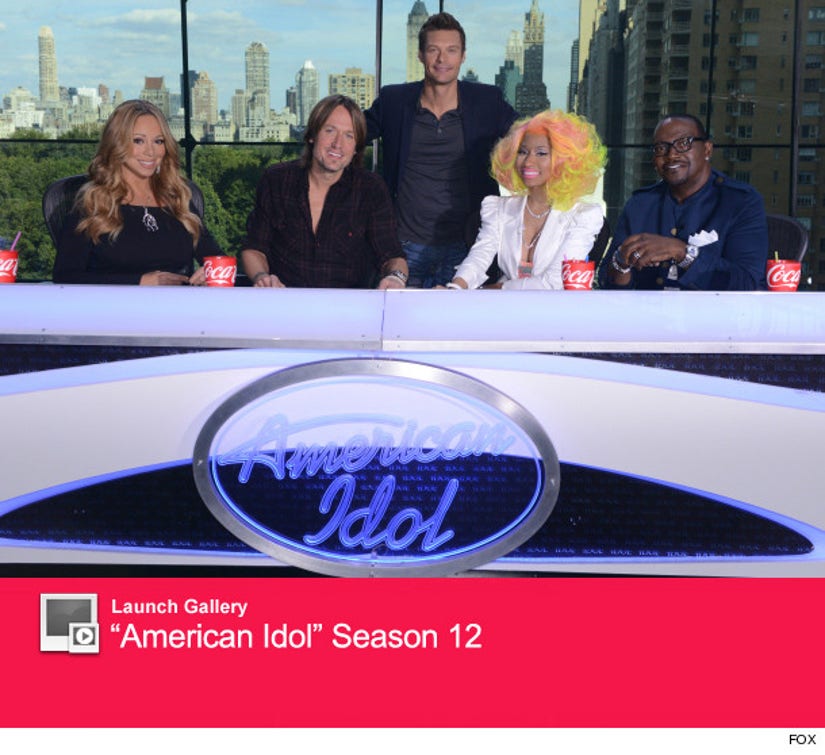 The four judges and host Ryan Seacrest posed for their first official photo together inside the Lincoln Center auditions -- and while they're all smiles in the pic above, TMZ reports there's already tension on set.

During the taping, Mariah continually interrupted Nicki during her critiques -- and a source added "These girls just don't like each other."

Of course, bad tempers can lead to good ratings. Will you be tuning in when the show starts up in January 2013?