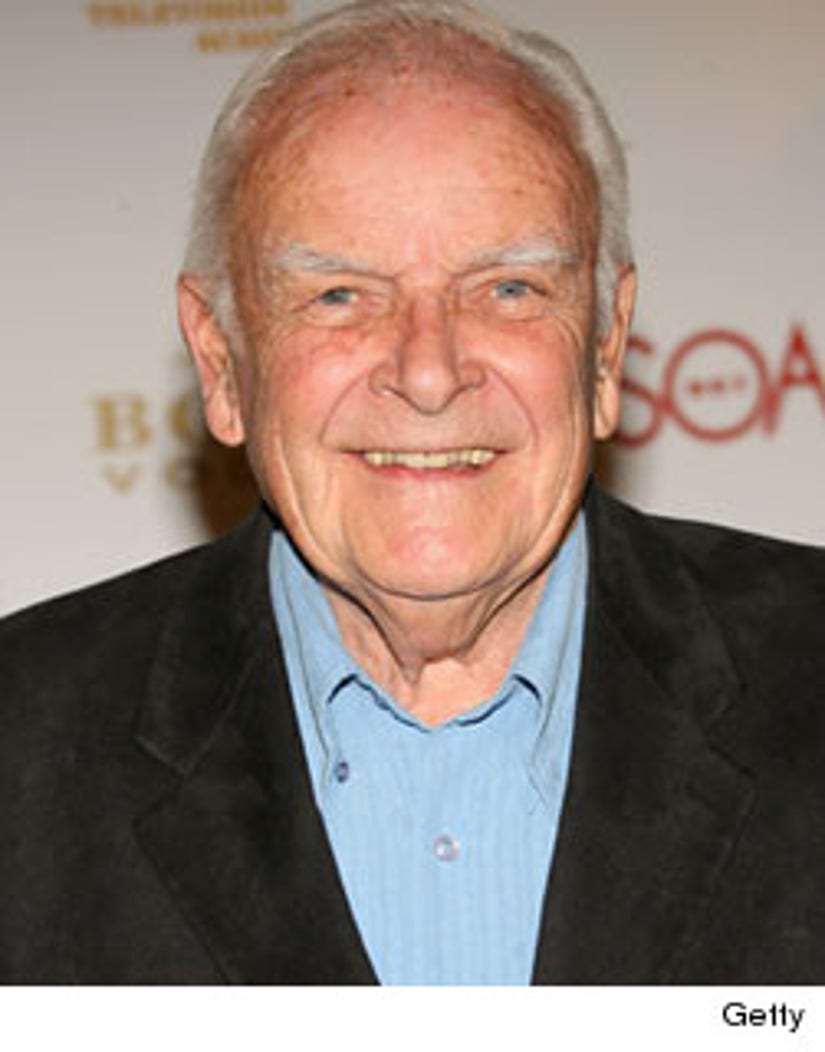 NEW YORK (AP) -- An actor who for two decades played a scheming patriarch on the daytime drama "General Hospital" has died in Los Angeles. ABC says John Ingle was 84.

Ingle took over the role as the ruthless Edward Quartermaine in 1993 and made his final appearance in an episode airing last week. He died Sunday.

In a career spanning more than 30 years he had acting credits in TV shows including "Days of Our Lives," "Big Love" and "The Drew Carey Show" and in films such as "Batman and Robin" and "Heathers."

The native of Tulsa, Okla., was a graduate of Occidental College. He taught at Hollywood High School, UCLA and Beverly Hills High School.

His wife of 57 years, Grace-Lynne Martin, died in February. He is survived by their five daughters.

His "General Hospital" costars took to Twitter to pay their respects.

Maurice Benard ‏@MauriceBenardMB
John Ingle was a class act, a professional and the sweetest man you'll ever meet

Farah Fath ‏@FarahfromKY
John Ingle was amongst the greatest people I've ever known. He lit up a room & had an aura that was magnetic. My thoughts are w/his family.

Jen Lilley ‏@jen_lilley
Oh my goodness. John Ingle died :( #RIPJohnIngle! What a blessing to have him on GH one last time.

Ingo Rademacher ‏@IngoRademacher
So sorry to hear my dear friend john ingle has passed.I didn't get a chance to say hello on my last visit.I will miss our conversations.RIP

Nancy Lee Grahn ‏@NancyLeeGrahn
I know for a fact that John Ingle loved his fans. Send him a thought full of love when you think of him and think of him often. xo

Jason Thompson ‏@MyJasonThompson
I will say it again today more profound than before..John Ingle is a legend. Love this man. RIP my friend.

Tyler Christopher ‏@Tyler2929
John Ingle should be remembered as a man, husband, father and friend we should all strive to be as his kindness was unmatched by any other human being i have ever encountered. #ghlegend

tristanrogers ‏@tristanrogers
So sorry to hear of the passing of John Ingle. Always a gracious gentleman.

Jonathan Jackson ‏@JonathanJackson
Our hearts and prayers are with the Ingle family. John was so loved and will be missed by so many. His gratitude for life was inspiring.

Scott Clifton ‏@CliftonsNotes
Oh wow. RIP John Ingle. I wish I had stayed in touch. Never had a granddad, but he was the next closest thing, for me. I'll miss him deeply.

Chad Duell ‏@duelly87
RIP John Ingle. You were so amazingly sweet and big hearted. The world lost a great man, but heaven gained one.