We didn't even know they were dating, but DJ Deadmau5 is already professing his love for tattoo artist/reality star Kat Von D!

The two were spotted for the first time on a date yesterday in Los Angeles, where they were seen holding hands for the cameras.

P.S.: How great does Kat look in that red cutout dress?! 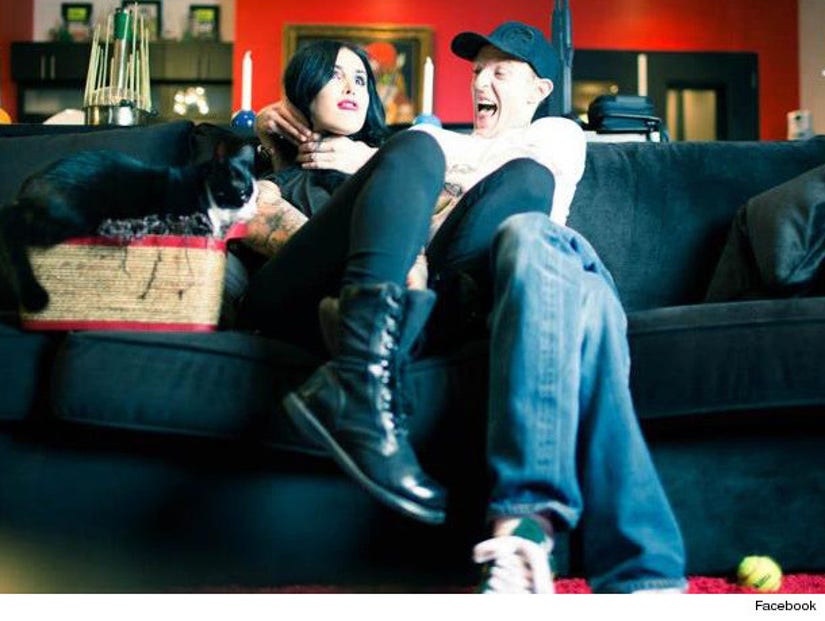 On Sunday, Deadmau5 posted a gallery of photos he took of Kat on his Facebook page (including the shot above) and began tweeting about their relationship.

He posted another tweet after spending the afternoon with Kat, writing "aw man... i just had a f**kin awesome day and it's not even over yet. :D feelsgoodman."

Kat Von D, who was engaged to Sandra Bullock's ex Jesse James and has a tattoo of his face on her body, has remained silent on the new relationship so far.

What do you think of the new pair? They look like a cute couple to us!