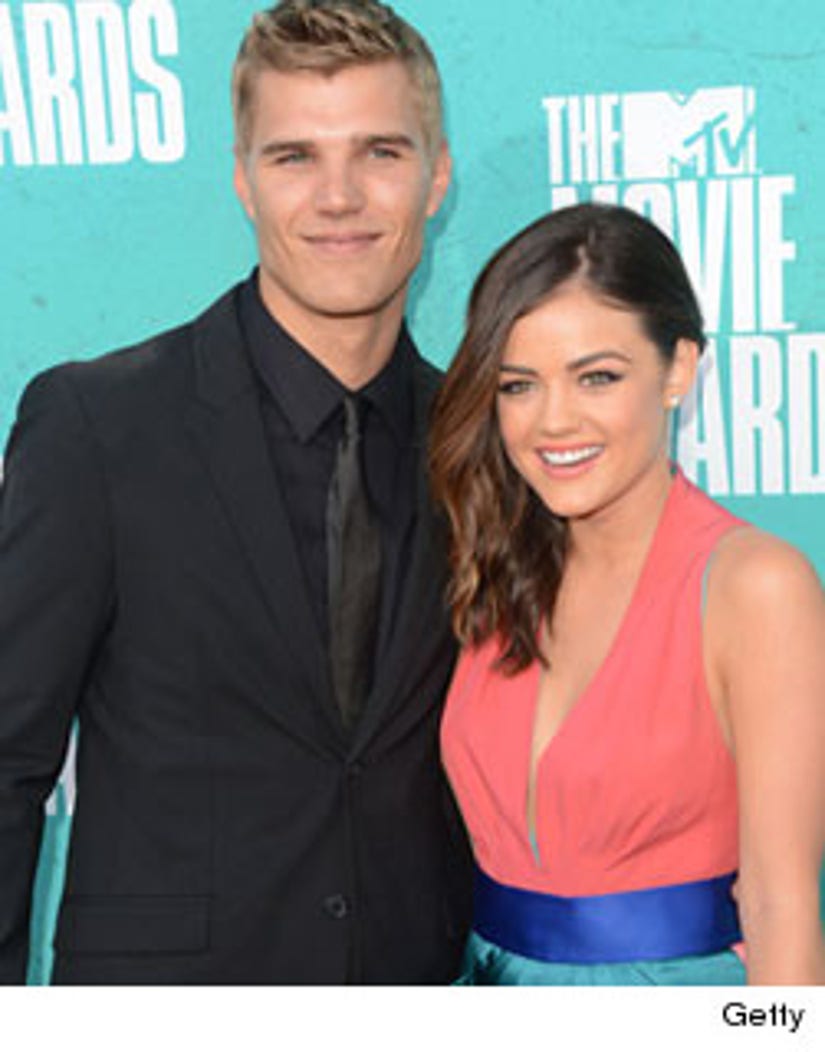 The two, who met at a New Year's Eve party last January, have apparently parted ways.

While Lucy has been mum on the breakup, Chris actually broke the news himself on Twitter.

"don't have a girlfriend," he tweeted at a fan who said his "girlfriend" was "gorgeous and sorta perfect."

"She decided she was too good," Zylka added in an apparent diss to Lucy.

Later, he tweeted "Never any disrespect towards anyone. Only if you say what you say you should stick to it. If you say you love then love."

The two sparked romance talk after they were spotted at a party together in L.A. over the weekend -- but Hale swears they're "just friends."

"I've known him from my Privileged days, from The CW," Hale tells Us Weekly. "I don't meet a lot of genuine people in my life and he's a special kind of person, and I try to surround myself with people like that. He's just a friend here tonight. Although, I would be very lucky to have him on my arm!"

Maybe now that she's officially single, they'll take it to the next level?