Eyes and hands up here, Oliver!

"Savages" director Oliver Stone had an awkward moment on the red carpet yesterday, when he was spotted looking at (and what appears to be reaching for) star Salma Hayek's cleavage. 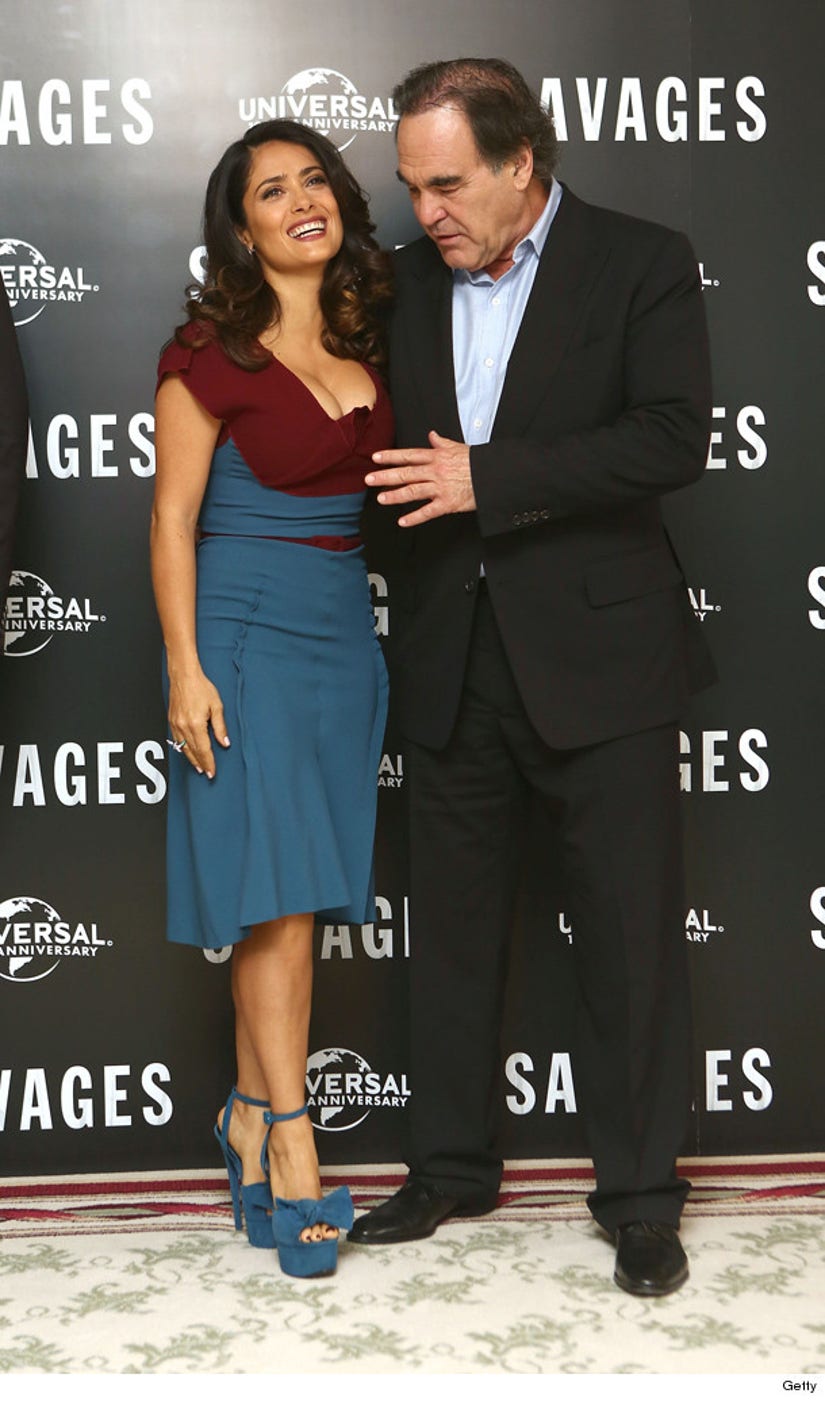 The cast, including John Travolta and Benicio del Toro, were in London promoting the film (it opened in the United States over the summer). Unfortunately, no sign of new bride Blake Lively, but all eyes were on the other female star ... clearly.

Salma is known for her famous curves, but she hasn't always had them. In fact, she was slower to develop than other girls her age, and prayed to develop breasts! The sexy Mexican actress retold the story to David Letterman, who had quite the punchline:

She's certainly been working what God gave her. Check out 50+ photos of Salma and her infamous curves in the gallery below: 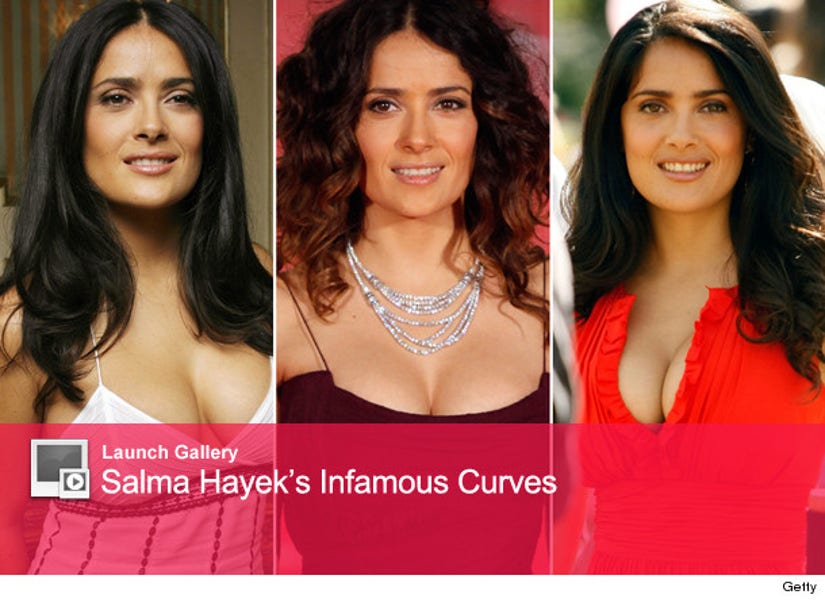