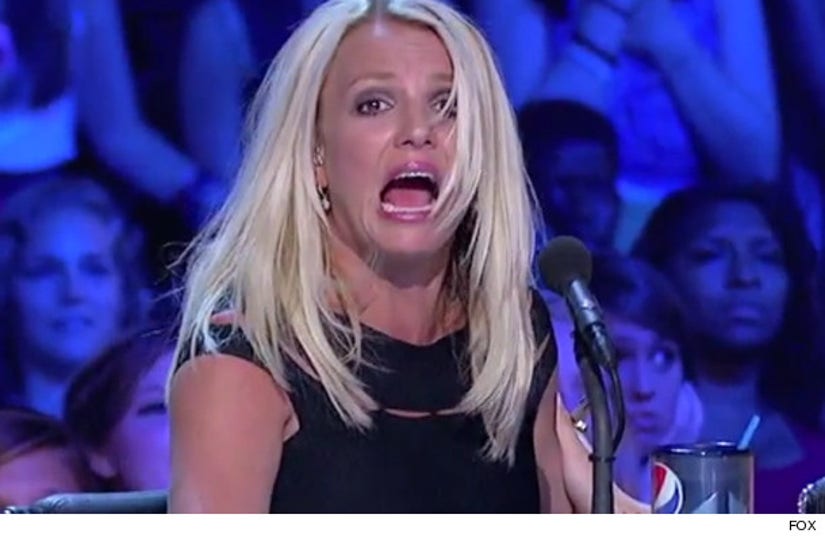 This is by far our favorite Britney Spears face on "The X Factor" so far -- but what caused it?

While the new judge is starting to build a reputation for her amazing reaction shots this season, Ms. Spears freaked out more than usual on last night's episode.

A storm raged outside the theater during the Greensboro auditions as wannabe Krysten Colon gave it a second try by performing Whitney Houston's "I Have Nothing."

And it was the same storm that saved the judges from hearing the rest of Krysten's awful audition -- as a big roll of thunder roared through, scaring everyone there.

And Krysten had a freakout of her own after all four judges gave her the boot -- throwing water bottles and threatening to toss a chair at cameras.

Check out all the action unfold above. What do you think of Britney so far on the show?