The 64th Annual Primetime Emmy Awards happen tonight, and with so much good TV to choose from, we at toofab decided to put our money where our mouth is and predict who we think will go home with a trophy ... and who should! 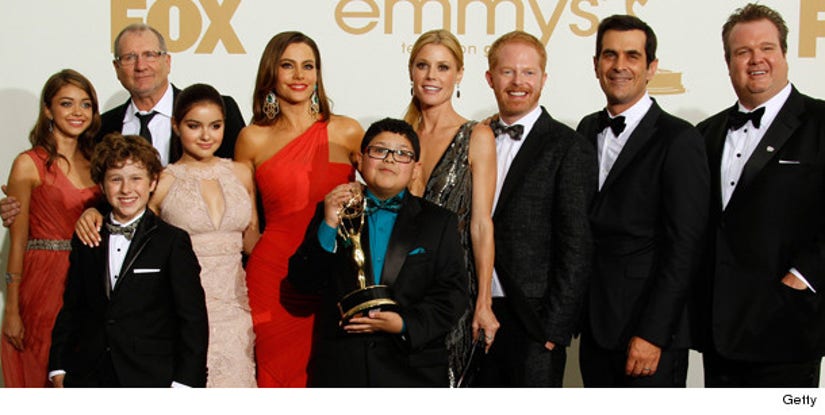 Will win: "Modern Family" is the two-time reigning champ, and after another great season, the show should be taking home the trophy once again.

Should win: We are totally about the "Modern Family" train (see below), but also wouldn't mind a win for the HBO series "Girls." Unlike anything we've seen on TV before, creator/producer/writer/director/star Lena Dunham and crew totally deserve accolades for this hilarious gem.

Lead Actor in a Comedy Series

Will win: Jim Parsons' quirky character Sheldon is a fan favorite on "The Big Bang Theory" ... and a critical favorite as well. The Texas native has taken home the trophy in this category the last two years, and we expect him to make it a third win in a row.

Should win: If anyone is a challenge for Jim, our money is on Louis C.K. The comedian's FX show "Louie" continues to gain momentum, and is considered by many to be one of the best comedies on TV right now. If the TV Academy wants to pick edgy over expected, Louis is their winner.

Lead Actress in a Comedy Series

Will win: Julia Louis-Dreyfus is back! The hysterical TV staple was honored with her 13th and 14th nominations this year, once in this category and once for producing her show "Veep." With all of those noms the funny lady has only received on trophy, and we think her hilarious turn as the Vice President will earn her a second.

Should win: We do adore Julia but our hearts belong to Amy Poehler! Her role as the lovable Leslie Knope on "Parks and Recreation" has kept us entertained through four seasons, and we would love to finally see her get her due.

Supporting Actor in a Comedy Series

Will win: The men of "Modern Family" own this category, and when you have four actors nominated from the same show, it's pretty easy to split votes.

Eric Stonestreet and Ty Burell have taken the trophy the past two years, so we think they're out. That leaves Jesse Tyler Ferguson and Ed O'Neill. We do love Jesse but think that after so many year on TV and still no Emmy, this should be Ed's year.

Should win: As we said, we definitely think Ed O'Neill deserves his due, though we do have to say that we adore Max Greenfield! Schmidt on "New Girl" is easily one of our favorite characters on TV, and we wouldn't be mad if he took a surprise win.

Supporting Actress in a Comedy Series

Will win: That "Modern Family" cast is chock full of funny actors, and we think it will be a repeat win for Julie Bowen.

Should win: Kristen Wiig has long been our favorite part of "Saturday Night Live," and we'd be thrilled if she was honored for her final season on the show. 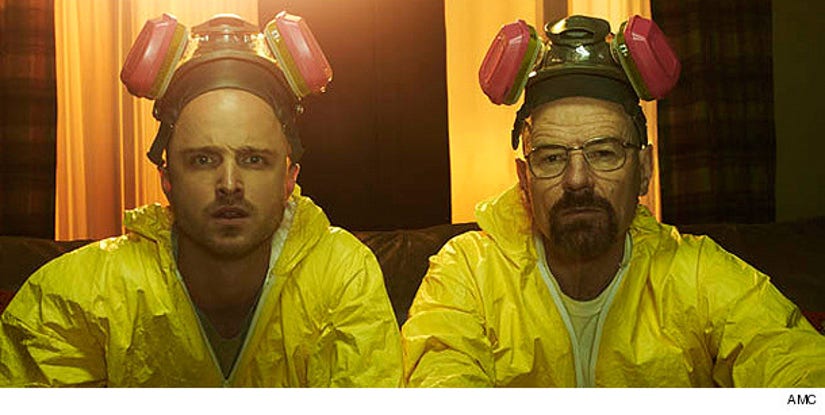 Lead Actor in a Drama Series

Will win/ Should win: We're sure many actors celebrated when "Breaking Bad" wasn't eligible for the Emmys last year due to their late season start, as Bryan Cranston had taken home the trophy three years in a row. Well guys, sorry to say, he's back this year for his fourth win in five years.

Lead Actress in a Drama Series

Will win/ Should win: Claire Danes snagged a Golden Globe in January for her role as Carrie on Showtime's "Homeland," the CIA agent who will stop at nothing to prove that an American prisoner of war has been turned by Al-Qaeda. Oh but also, she might be crazy.

Supporting Actor in a Drama Series

Will win/ Should win: Ok, we aren't trying to disguise our love of "Breaking Bad" even a little bit. Giancarlo Esposito's portrayal of drug kingpin/ Walter White nemesis Gus Fring was possibly one of the best in recent history. He deserves this award even if just for his final scene of last season.

Supporting Actress in a Drama Series

Will win/ Should win: We see this year being a repeat win for Maggie Smith of "Downton Abbey." The PBS show continues to enthrall audiences, and Maggie's amazing performances are a big reason why. 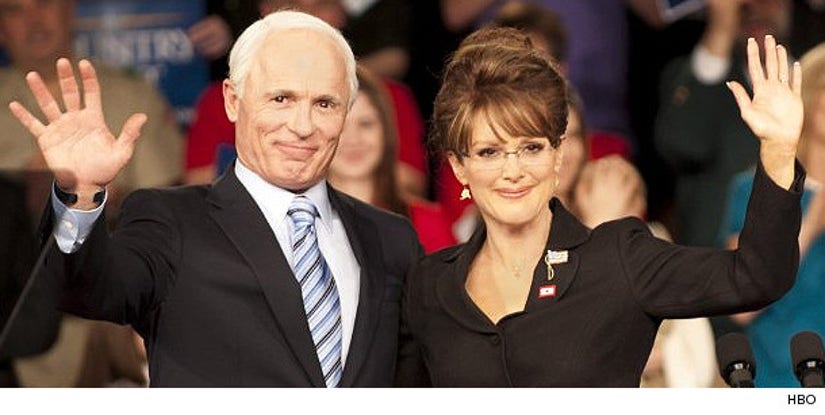 Outstanding Miniseries/ Made for Television Movie

Will win/ Should win: Without question, the HBO political drama "Game Change" was the most talked about TV movie of the year. The fascination with Sarah Palin continues four years after the election, and this movie is sure to win this race.

Lead Actor in a Miniseries or a Movie

Who will win/ Should win: This one is a bit of a toss up. Benedict Cumberbatch's portrayal of Holmes in the BBC crime series "Sherlock" has been getting much buzz, as has Kevin Costner's turn as William Anderson "Devil Anse" Hatfield on the History Channel's miniseries "Hatfields & McCoys."

We are giving the edge to Cumberbatch in this race. He embodies everything you'd hope Sherlock Holmes to be, and honestly, we just really want someone with a name as cool as Benedict Cumberbatch to win an award.

Lead Actress in a Miniseries or a Movie

Will win/ Should win: As we said above, "Game Change" was the star of the Movies/ Miniseries this year, and Julianne Moore's dead-on portrayal of Sarah Palin will earn the four-time Oscar nominee her first Emmy.

Supporting Actor in a Miniseries or a Movie

Will win/ Should win: Call this another win for "Game Change" -- Ed Harris' turn as Presidential candidate Sen. John McCain was great, and should bring him a trophy.

Supporting Actress in a Miniseries or a Movie

Will win/ Should win: The amazing Jessica Lange blew us all away as the creepy and tormented next door neighbor on "American Horror Story." We think she's a lock for a win. 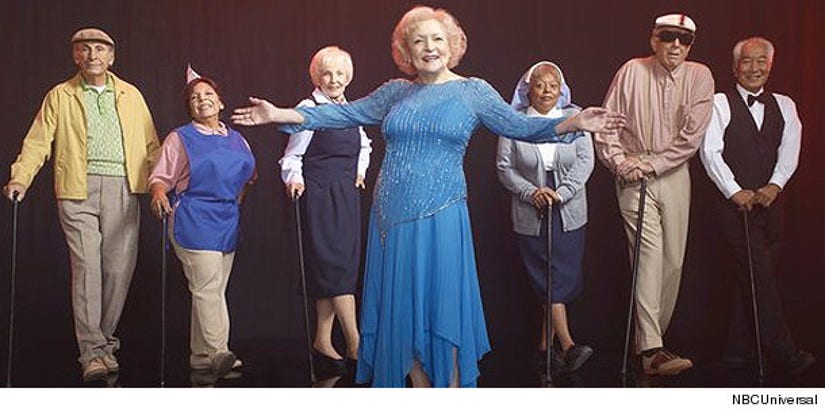 Will win: "The Amazing Race" has finished first in this category 9 of the last 10 years, and we see another victory in store for the Jerry Bruckheimer-produced series.

Should win: We love dance and we won't deny it! "So You Think You Can Dance" was the first series to bring dance into the TV spotlight, and it continues to showcase ridiculously talented performers dancing ridiculously beautiful number choreographed by ridiculously amazing choreographers. This show is long over due for proper accolades.

Outstanding Host for a Reality or Reality-Competition Program

Will win: Who doesn't love Betty White? The TV legend is up for the first time for a hosting award for her show "Betty White's Off Their Rockers," and we can see Academy voters giving her her eighth Emmy.

Should win: Not to dwell on this whole "So You Think You Can Dance" thing, but Cat Deeley is without question our favorite TV host. She's charming, funny, witty, great at consoling contestants as needed ... and she's also totally clumsy and makes fun of herself. Oh, and she's gorgeous and styles herself on the show. Come on!

Will win/ Should win: "The Daily Show with Jon Stewart" is on a nine-year winning streak in this category, and we don't see it ending this year.

What do you think? Agree with our picks?

Be sure to download your Emmy ballot here, then watch the Emmys on Sunday on ABC to see who takes home the gold!