Update: We learned that this isn't Jennifer Lawrence singing, but a talented vocalist named Sarah Rayne. The clip was sent to us labeled "Jennifer Lawrence music video" so we apologize for the mistake.

She's young, gorgeous and talented ... and we're even more envious of Jennifer Lawrence after hearing her sing!

The 22-year-old actress shows off her musical ability in her new thriller "House at the End of the Street," opening today.

Her character Elissa's notes turn to screams as she uncovers the mystery of the scary house next door! Unlike her role in "The Hunger Games," Jennifer is no longer the hunter, she's the prey.

Also starring in the film is brooding blue-eyed hottie Max Theriot, who you may know from "Chloe" and "My Soul to Take." Check out more stills from the film below, and catch it in theaters this weekend. 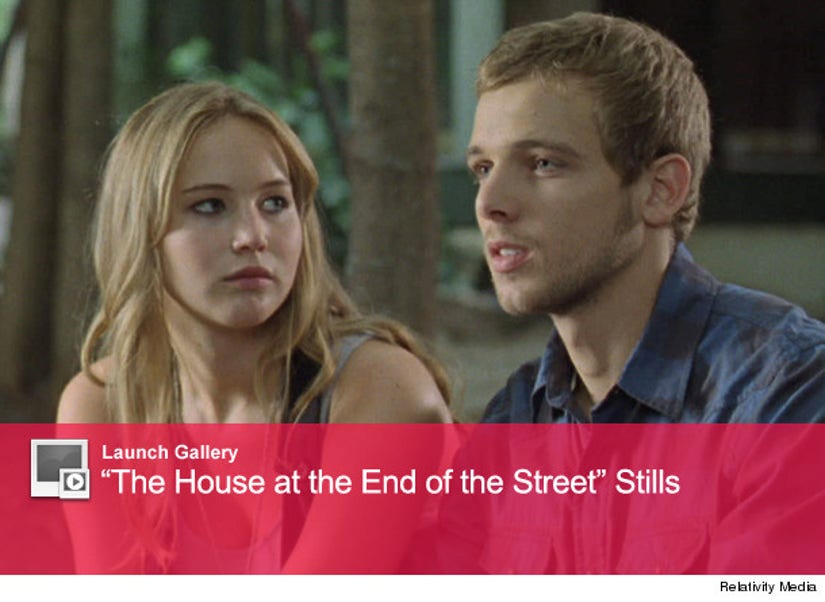 If Jennifer ever needs a fall-back career, she could always become a singer. But with at least five projects in the works, including the "The Hunger Games: Catching Fire," she'll probably be sticking to her day job!