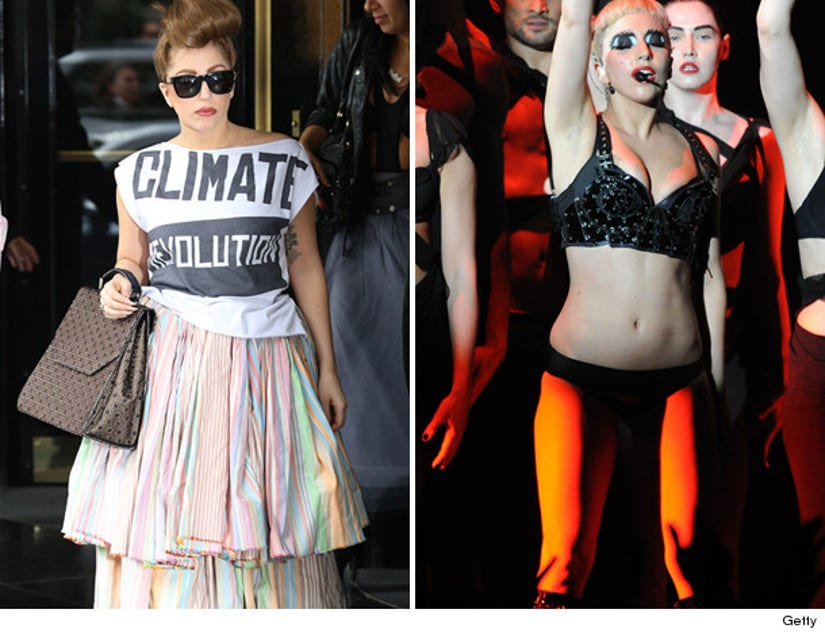 Lady Gaga is the first to admit she's put on a little weight recently -- but she's not apologizing for it!

"I'm dieting right now, because I gained, like, 25 pounds," the singer revealed in a radio interview back in August ... an interview just making headlines now after Gaga showed off her new figure on tour in Amsterdam this month.

"And you know I really don't feel bad about it, not even for a second," she told host Elvis Duran. "I have to be on such a strict diet constantly. It's hard because it's a quite vigorous show, so I tend to bulk up, get muscular, and I really don't like that. So I'm trying to find a new balance."

Part of the reason for her weight gain: Dad's delicious Italian food.

"My father opened a restaurant, it's so amazing," she says. "It's so freaking delicious, but I'm telling you I gain five pounds every time I go in there. So my dad wants me to eat at the restaurant and I'm like 'I've got to go where I can drink green juice!'"

Her other weakness: Pizza.

Can't blame here for that ... who doesn't like a good slice of every now and then?

Now that she's back on the road again, the singer will likely shrink back down in no time -- but from the sound of it, she's not in any rush!