Update: Billie Joe has entered rehab for substance abuse. A rep for the band says, “Green Day would like everyone to know that their set was not cut short by Clear Channel and to apologize to those they offended at the iHeartRadio Festival in Las Vegas. The band regretfully must postpone some of their upcoming promotional appearances. “

The two-part iHeartRadio Music Festival is underway in Las Vegas.

The show was running long, so organizers asked Green Day to cut their set short. Lead singer Billie Joe Armstrong didn't take kindly to the request, and threw an expletive filled tirade on stage -- before smashing his guitar on the ground. Watch the video below:

But it's definitely Rihanna who sparkled on stage in her shimmery silver and super short jersey dress. Check out all the pics below: 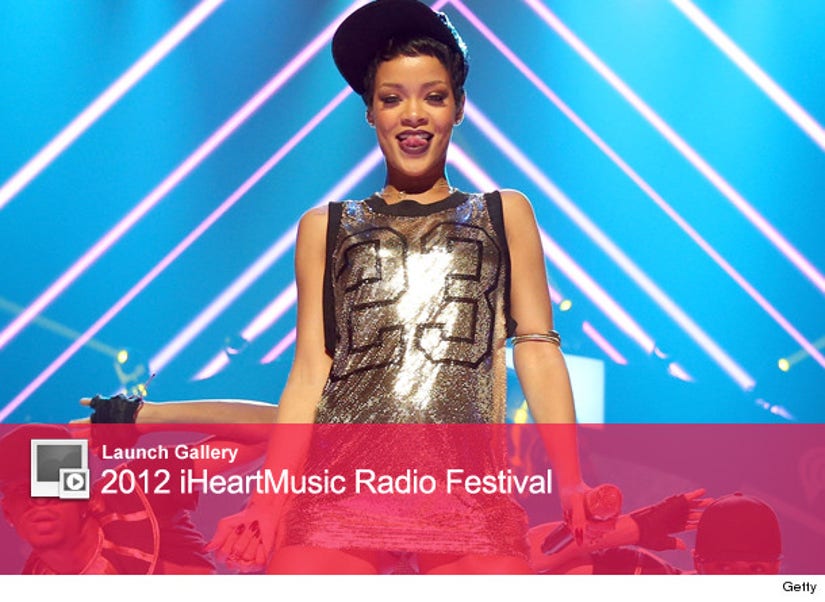