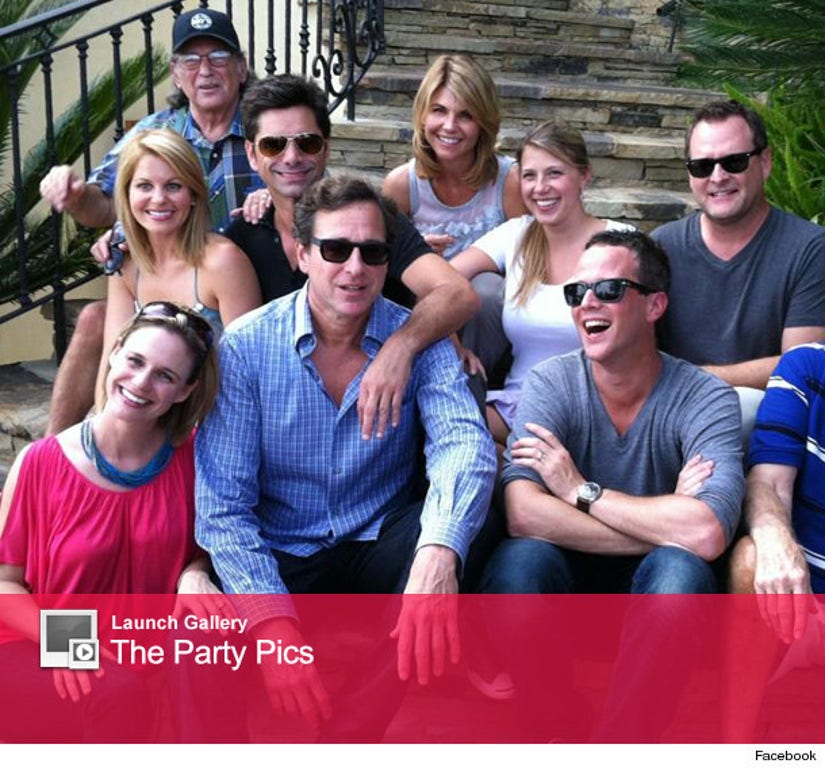 Classic family sitcom "Full House" turned 25 yesterday and to celebrate, the entire cast got together for a big reunion ... but not everybody showed up.

No seen in any of the photos though: Michelle Tanner. Neither Mary-Kate or Ashley Olsen attended the party. How rude!

Also not spotted: The twins who played Nicky and Alex, Blake and Dylan Tuomy-Wilhoit.

According to Blake's Twitter, he wasn't even invited. He now lives in Georgia, so probably wouldn't have been able to make it anyway.

The bash was marked with some other '90s nostalgia as well -- including a "drunk" New Kids on the Block singalong!

Check out all the awesome party pics above!