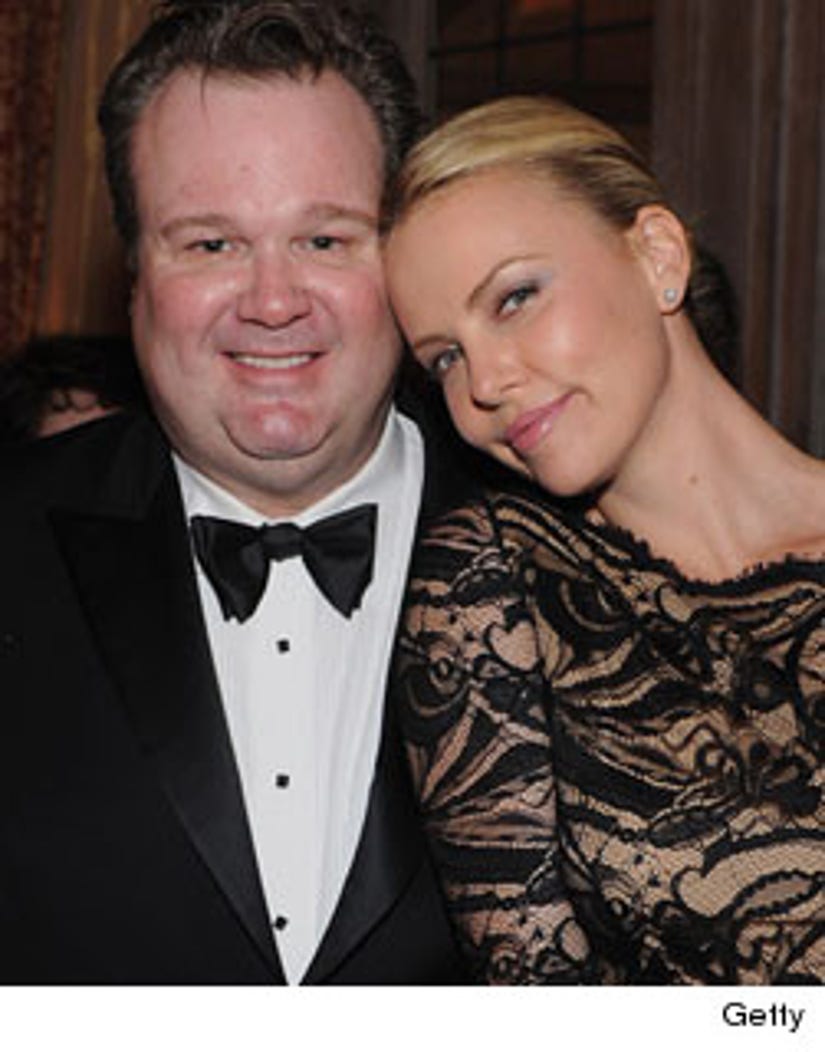 In what may be one of the oddest red carpet moments of the Emmys so far, "Modern Family" star Eric Stonestreet just denied that he's dating Charlize Theron!

Rumors surfaced over the weekend that the 41-year-old, who just took home the Best Supporting Actor in a Comedy Award, is secretly seeing the stunning South African beauty.

The reports aren't all that unfounded -- the cozy photo at right was snapped at a cocktail reception following the 2012 White House Correspondents' Association Dinner ... back in April!

Ryan Seacrest of course jumped on the news, asking Eric the big question during his interview during the E! Live Red Carpet Show.

Watch below to see Eric's reaction, and how he says the rumors are "affecting" Halle Berry!

Keep coming back to toofab all day for more Emmys coverage, including red carpet pics, show moments and a list of winners!