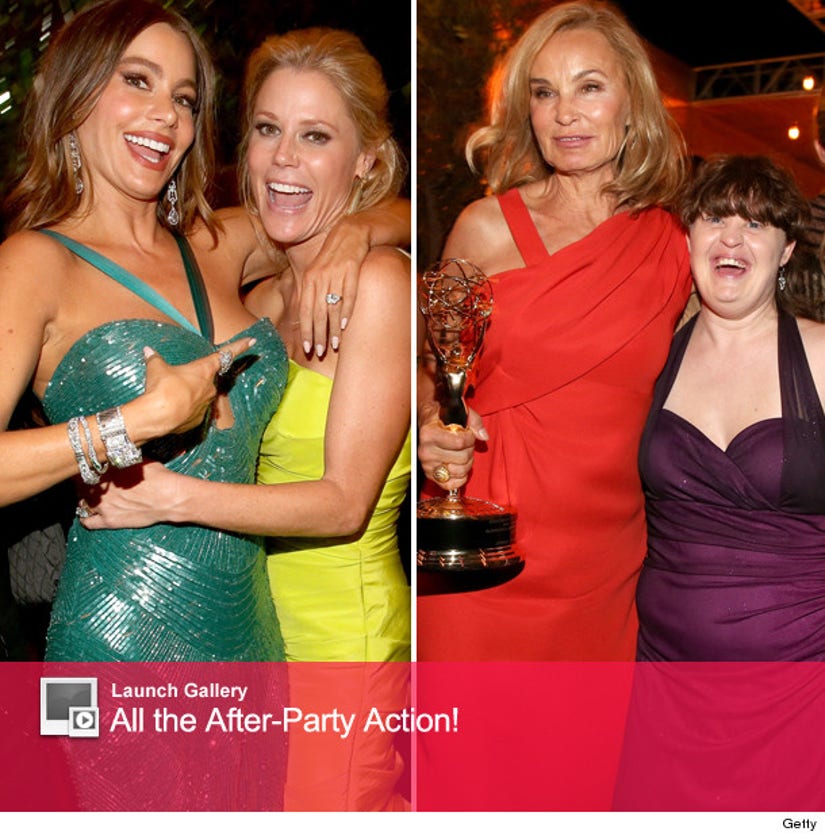 The stars kept the celebrating going after the 64th Annual Emmy Awards were handed out last night in Hollywood -- by drinking and dancing the night away at parties all over town!

The FOX Broadcasting/20th Century FOX and FX bash at Soleto definitely looked like the most fun of them all -- as stars from hit shows like "Modern Family," "American Horror Story," "Glee" and "New Girl" were all seen cutting loose, some with trophies in hands.

Sofia Vergara looked like she was having a blast, as she was seen dancing with costar Julie Bowen and fiance Nick Loeb!

HBO had its own party at the Pacific Design Center, where stars from the network's shows like "True Blood," "Boardwalk Empire," "Hung," "Girls" and "Game of Thrones" all celebrated.

Also spotted at that bash: Ashlee Simpson, Nicole Kidman and Keith Urban, Tom Hanks and Lucy Liu -- who changed from her metallic dress into a softer gown.

Check out the gallery above to see more star sightings from the parties above, plus shots from the AMC bash and the Governor's Ball!