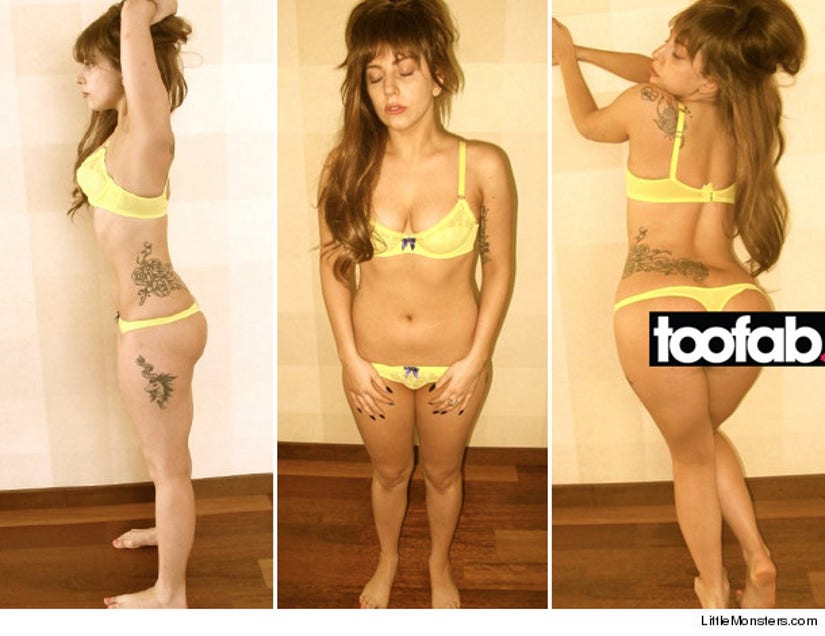 Lady Gaga is shameless when it comes to showing off her body, but this time there's a reason behind it all.

This morning, the pop icon kicked off a new campaign by encouraging her followers to join " "A Body Revolution." Gaga revealed her own ongoing struggle with her body image by tweeting pics of herself, saying she battled “bulimia and anorexia since I was 15." She added the movement is “to inspire bravery and breed some motherf---ing compassion."

As a branch of her youth empowerment movement (Born This Way Foundation), the campaign couldn't come at a better time. The star has come under scrutiny for her recent weight gain. Her new campaign promotes her little monsters to accept themselves for what they are and “make their flaws famous.”

Fans were inspired by her message and followed suit by posting their flawed photos on her fan-based social networking site Littlemonsters.com. The site serves as safe haven for all fans to tell their story. One fan posted a picture of a new scar saying “You made me brave Gaga! I finally got the cancer removed from my neck, listening to your songs helped me through it.”

More fans took to twitter to thank Gaga, one saying “you are making us feel comfortable and beautiful in our own skin.” Another proud fan says, “we are stronger than the pressure to be perfect, we're beautiful because we're born this way."