Miley Cyrus loves pushing the boundaries! And her latest stunt involves lying in bed – in lingerie – with Ashton Kutcher!

But don't worry Mila Kunis, it's just a scene from the new episode of "Two and a Half Men," airing October 18.

The 19-year-old will be appearing on the show as Missi (a friend's daughter) who starts a relationship with Walden (Ashton Kutcher) but then falls for Jake (Angus T. Jones) when he comes back from the Army. 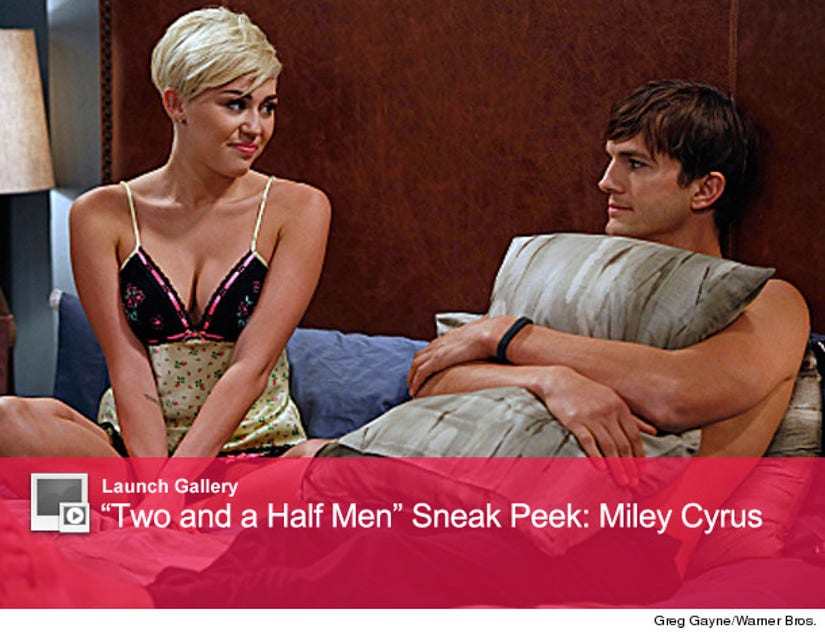 Miley's sporting her new rocker 'do along with some pretty skimpy clothing -- in one scene all she has on is a baby doll dress and matching panties while in bed with Kutcher.

And in the next shot, the former Disney star is donning a bathing suit top and Daisy Dukes as Ashton is seen rubbing suntan lotion on her back.

Before shooting Cyrus tweeted Kutcher, “@apulsk can't wait till we're working together
On the other hand … maybe Mila isn't in the clear (he has been known to date co-stars)! Click “Launch Gallery” above to see all the pics!