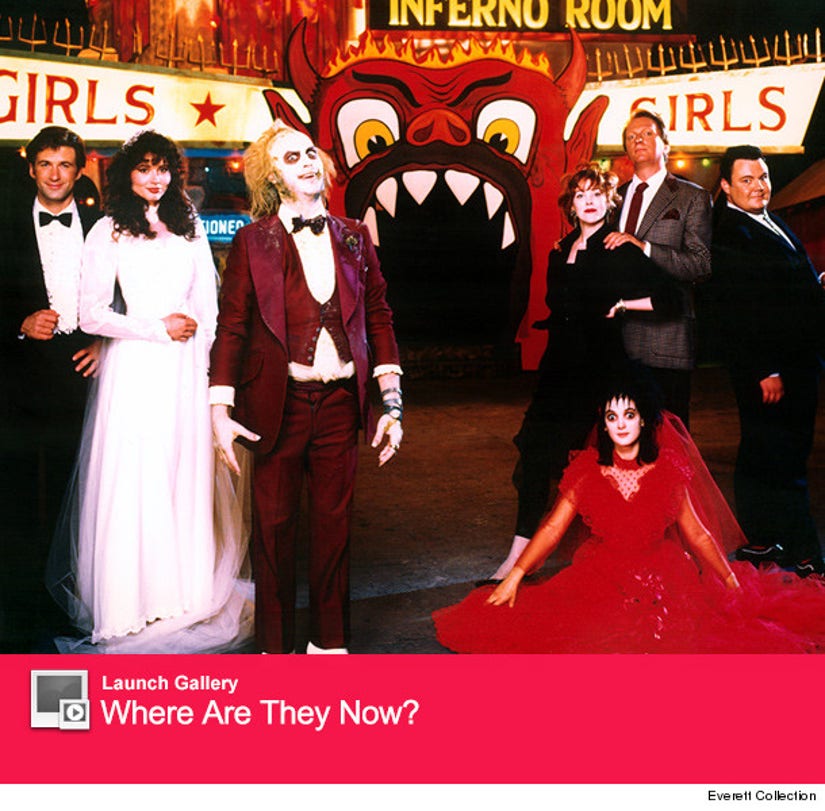 The cast of Tim Burton's new movie "Frankenweenie" has been busy promoting the flick this week -- and the promo tour has been doubling as a "Beetlejuice" reunion!

Both Winona Ryder and her movie mom Catherine O'Hara voice characters in the new animated movie, and though they recorded their parts months ago they didn't actually see each other until the press junket at Disneyland over the weekend.

"She's so beautiful! Oh my lord, she looks the same as she did at 13, 14 on 'Beetlejuice,' O'Hara told the press Sunday. "Same sweet little baby face!"

Burton echoed Catherine, saying "She hasn't really changed much at all, which is great. I love working with her and I haven't worked with her for many years ... but because it [Frankenweenie] was a project that means a lot to me, it was nice to have somebody like her who I love."

So, with Tim, Winona and Catherine together again ... we had to ask: Will there be a "Beetlejuice" sequel?

"I heard it's being written, that's all I know," Winona teased.

"The writer is writing something and I have no idea when it's coming," Burton revealed. "I have no expectations."

"I didn't give him too much [direction] because I want to try to not have a lot of preconceived ideas about it," he added. "Sometimes you want to be surprised."

But he won't be saying much more about the project until he he sees a little more.

"I love the character. If it's a good script, great," says Tim. "There's no point really for me thinking about it until i see it."

It's been 24 years since the movie first came out ... and while Winona may look exactly the same, can that be said about the rest of the cast? See them Then & Now in the gallery above!

"Frankenweenie" opens October 4 in 3D. “The Art of Frankenweenie Exhibition” is currently on display at Disney's California Adventure.