Normally, stars are all smiles on the red carpet, but not Zooey Deschanel.

We noticed that the "New Girl" star appeared less than pleased at Sunday's 2012 Primetime Emmy Awards, which seemed odd because she's normally happy-go-lucky and was even up for an award (Outstanding Lead Actress in a Comedy Series).

Was it the 100 degree heat? Was her strapless Reem Acra dress falling down? Ends up being neither! Zooey struck her now infamous pose because she was deferring to another actress. She breaks down what happened to Ellen DeGeneres:

We love Zooey's quirky, self-deprecating humor, but we wish she would've stepped into the spotlight rather than letting someone else steal it. Zooey doesn't need to defer to anyone -- including a "movie star" like Nicole Kidman (who, in all honesty, hasn't had a box office hit in awhile). She's a star in her own right -- and frankly, we preferred her dress over Nicole's! 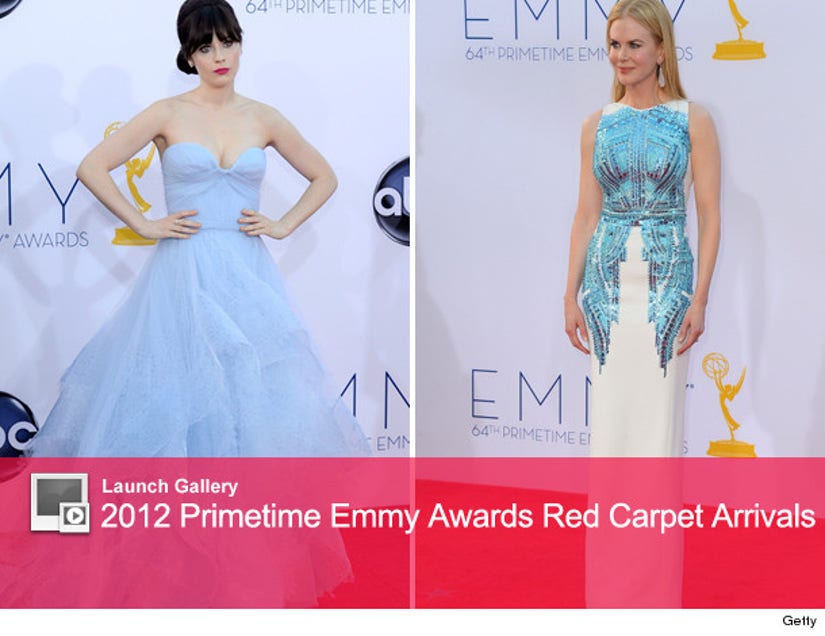 To see all of the 2012 Primetime Emmy Award arrivals, click on the "Launch Gallery" button above!

And, for a double dose of Zooey, watch the season premiere of "New Girl" tonight on FOX!