The highly anticipated second season of "American Horror Story" kicks off in less than three weeks -- and today, we're getting our first really good look at what's in store for the show!

Long gone is the haunted Hollywood home from Season One. This time around, the action takes place in an insane asylum back in the '60s -- but the preview clip is still packed with familiar faces.

"This season is completely insane," says Peters, who plays a young man committed to the asylum after being accused of murdering his wife. "Everything frickin' thing you can be scared of, they're throwing in here."

And it's Peters who seems to get the worst treatment in the sneak peek, which shows him getting strapped to a bed and possibly sliced up.

"It's different because instead of torturing people, I'm the one being tortured," he says. "And I gotta say, I don't like it!" 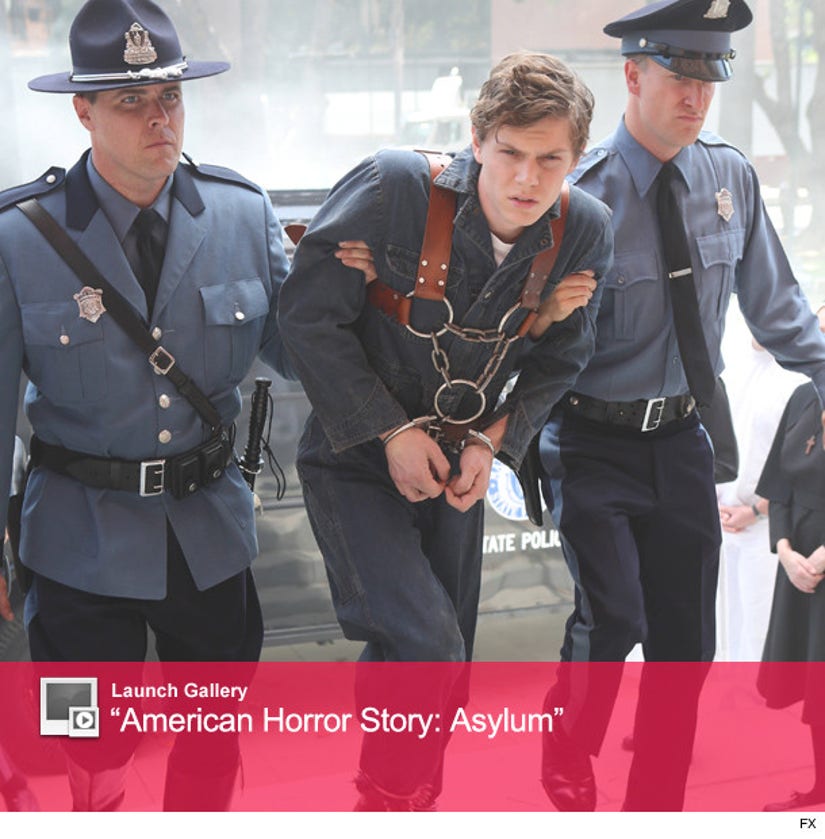