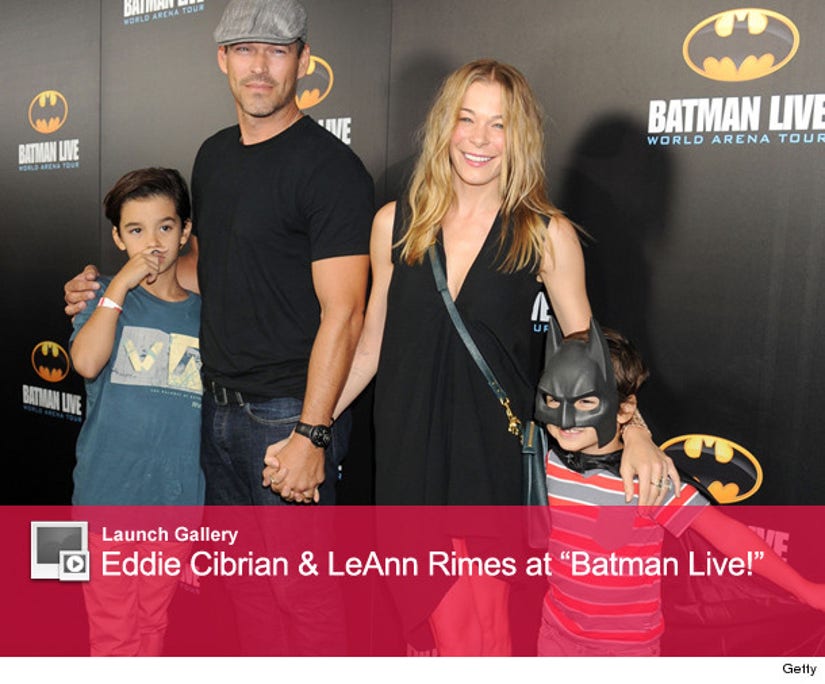 LeAnn Rimes and Eddie Cibrian are putting on a united front.

Though the two haven't been seen together since she checked into a treatment center last month, they showed up on the red carpet for the premiere of "Batman Live!" last night in Los Angeles.

The two were smiling and holding hands as they posed for photos with Cirbian's sons Mason, 9, and Jake, 5 ... who was dressed as the Dark Knight.

While some rumors claimed Rimes entered a facility for an eating disorder or because she believed Eddie cheated, TMZ reports she was suffering from "stress and anxiety" stemming from a Twitter battle with followers who put their relationship on blast.

She took a break from treatment earlier this month to perform a couple Midwest shows. No word on if she completed the 30-day program.

Earlier this week, Eddie's ex-wife Brandi Glanville talked about his affair with LeAnn with Jeff Probst -- says she, Eddie and LeAnn dined together several times, and she suspected something was going on with them.

See how she confronted Cibrian below: