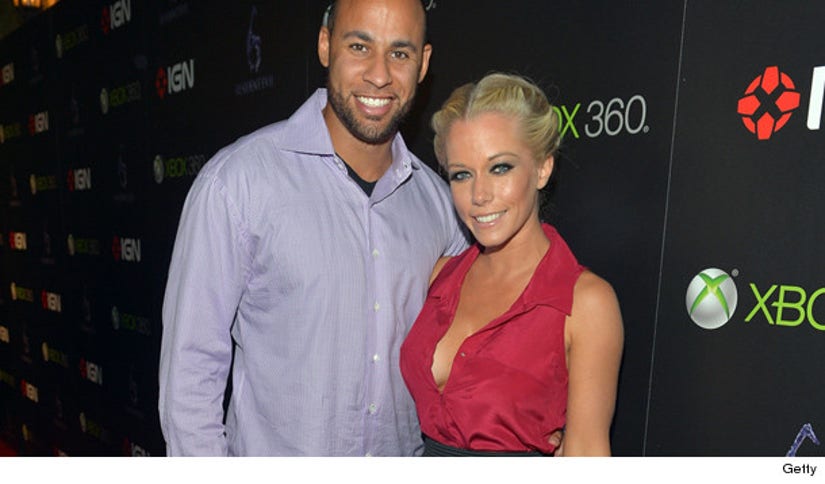 Kendra Wilkinson is one busy mama!

The former "Girls Next Door" star has become the star of her own reality show with hubby Hank Baskett -- and has been busy juggling motherhood, gym visits and even a secret new film role recently.

We caught up with Kendra and Hank at Friday night's IGN party for Capcom's "Resident Evil 6" (out Tuesday!), where she some talked fighting, acting and the possibility of having another child.

"I've been busy doing a lot of fighting," Kendra tells toofab about how she stays in shape.

And apparently, she's pretty good -- as husband Hank tells us "She won't brag about her boxing skills but when I saw her first on the bags, I thought I'm never gonna argue with her!"

Wilkinson has joined a new gym with a special family connection: Hank owns it!

"When I train, I train right next to Chuck Liddell. I wanna train with the best and I wanna be the best," she adds.

So what else does she have going on right now"

"Some fun things," she tells toofab. "I have a smile on my face so you know it's fun. I just got back from shooting a little fun scene of a movie."

With appearances from Lindsay Lohan, Charlie Sheen and even Big Ang, a Kendra cameo certainly seems in the cards. Doesn't it?

"I'm not saying a thing," a coy Kendra tells us. "But it was soooooo awesome!"

And will they be having another kid soon? Wilkinson recently dropped hints she's ready for Hank Bakett Jr. to have a little brother or sister.

"I'm ready to fight someone first, she says. "I'm ready to get in the ring with someone and fight. That's where I'm at."