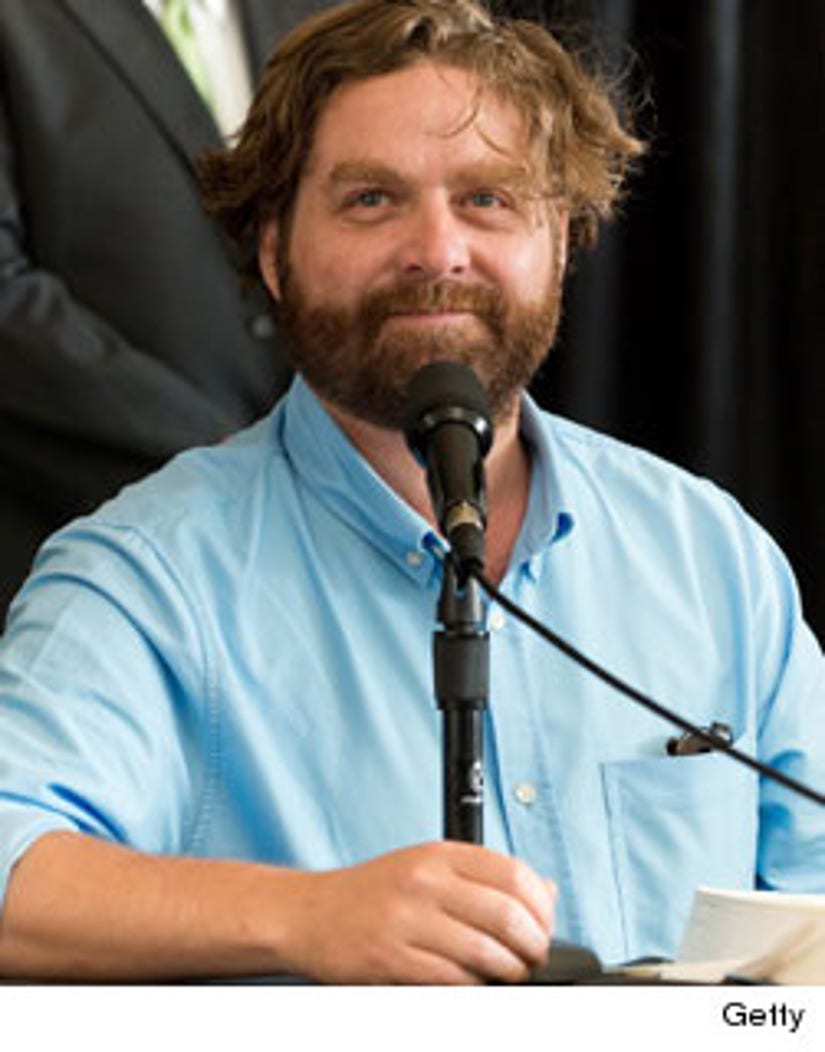 Zach Galifianakis became a household name after a hilarious turn in "The Hangover" -- but does he pull off the same laughs in real life? Yes!

The North Carolina native dropped out of college and moved to New York with big dreams of becoming a famous comedian. Zach started performing stand-up anywhere he could, from coffee shops to hamburger joints.

Before his silver screen success, Zach earned comic cred from stand-up routines which went viral on YouTube. They helped him land the role of Alan Garner in the alcohol-fueled flick.

In honor of the hilarious and proudly Greek actor, we've pulled 10 of his funniest off-screen quotes.

1. "Well, I have never been much of a groomer. I take baths a lot, but I don't wear deodorant. I don't have to. I have a miraculous body scent. I've had women smell me and say that should be bottled."

2. "My family has really good senses of humor, even my great aunts in Greece. When you have a 79-year-old great aunt stand on a table while you're eating dinner and squat to show you the correct back position for taking a s--t... I think certain people kind of have it in their blood a little bit to have a sense of humor. You're raised in it."

3. "I have a lot of growing up to do. I realized that the other day inside my fort."

4. "My headshot is a scratch and sniff, it smells like failure and onions."

5. "I'm Greek and I have sinus problems and I know why. My body produces feta cheese. It's not really a joke. It's just a fact...allow me to open up."

6. "I live in Los Angeles and I had been drinking one night, so I was on the walk of fame and I saw Tony Danza's star and I started urinating on it. Just yelling out, 'Who's the boss now?'"

7. "I like to go to really bad movies in their fourth week, when there's no one but me and one other person in the theater, and I like to sit right next to them. And they're like 'excuse me,' and I'm like 'Shhh...I can't hear Keanu."'

9. "I have to stop crying when I watch "The View." It's not because of the topics at hand, I just feel sorry for that couch."