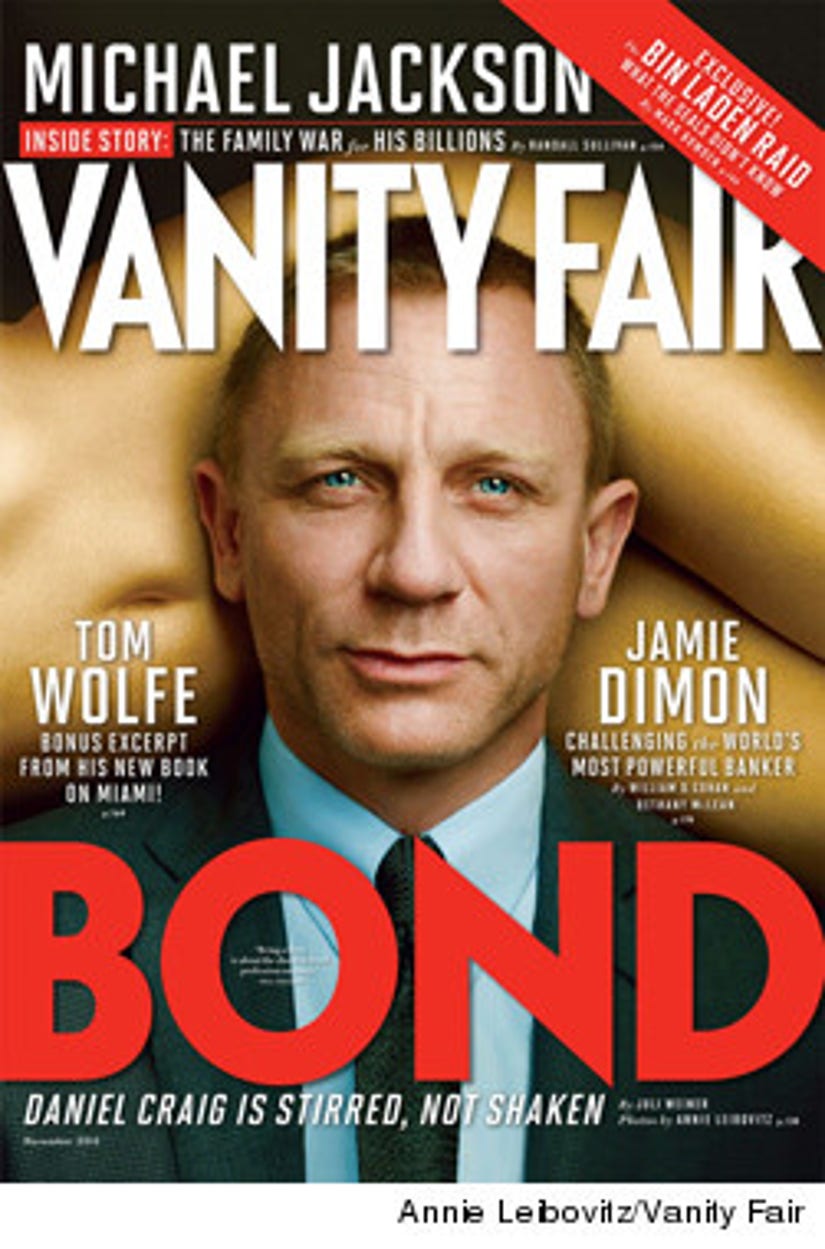 There's a scene in the upcoming film "Skyfall" where James Bond goes for a beer instead of his signature shaken, not stirred martini.

It may be blasphemy to 007 purists, but actor Daniel Craig tells Vanity Fair writer Juli Weiner in the November issue "it is what it is":

“Now, product placement, whichever way you look at it, whether you like it or you think it's disgusting, or whatever, it's what it is. Heineken gave us a ton of money for there to be Heineken in a shot in a bar. So, how easy is that? Just to say, O.K., there's Heineken. It's there -- it's in the back of the shot. Without them, the movie couldn't get sold, so that all got kind of blown up. 'Bond's new drink is a Heineken.' He likes a lot of drinks -- Heineken, champagne; it's all in there."

"I'll drink a beer in the shot," Craig continues. "I'm happy to, but I'm not going to do an 'Ahhhhh' [pantomiming an actor looking refreshed]. And I would say this because they're paying, but they're kind of respectful about it. They don't want to screw the movie up."

"It's amazing how many times I've sat in interviews like this in a bar or a hotel, and it's 11 o'clock in the morning and someone sends a martini over,” he says, laughing. “And it's like, Really? It's 11 o'clock! Cheers! I'm not going to drink it."

In fact, you may be hard pressed to see Craig drinking at all, because of the constant media attention.

"You talk to people in the movie business who have been doing this 40 years and they all say the difference is that, back in the day, you could go and have a drink in the bar, get drunk, fall over, have a good time, relax, whatever, and no one would know about it. But now everyone's got a camera."

"You can't live a normal life anymore. Because it will become public knowledge that you've whatever -- gotten drunk in a bar or skinny-dipped on a beach or something. Things that normal people do occasionally. And in a way that's kind of—I've got to be high-class. I've done a lot of things in my life. But you have to think in that way. Which is sad, because I like bars."

It's ironic that the film's greatest spy has become such an exposed figure. Speaking of exposed, check out Daniel's Goldfinger-inspired shoot featuring Annie Leibovitz and a sexy spray painted model, here. You can check out the finished product above and see more Bond babes below.

The November issue of Vanity Fair will be available on newsstands in New York and L.A. on October 4 and nationally and on the iPad, Nook, and Kindle on October 9.